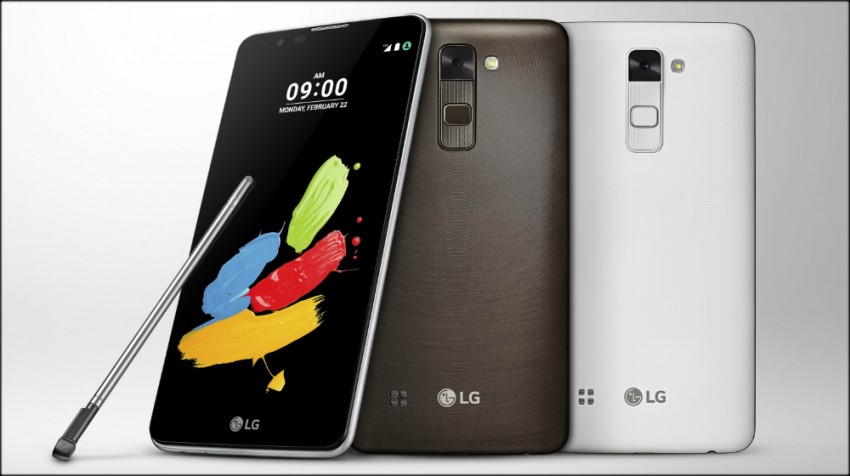 LG will be introducing the latest version of its flagship smartphone at the upcoming Mobile World Congress conference this week. At the event, the South Korean company will show off the new LG5, but fans of stylus devices will be more interested in the 5.7-inch phablet LG Stylus 2.

Currently there is one phone that dominates the stylus segment on mobile, the Samsung Galaxy Note. But other players are introducing their own versions, including LG and Huawei.

The LG Stylus 2 is a follow up to the G4 Stylus, which launched in May of last year to lukewarm receptions. The company made several improvements on the Stylus 2, including a new nano-coated pen for greater accuracy, which is replacing the Rubberdium Stylus of the G4.

While LG has upgraded the RAM from 1GB to 1.5GB and installed more powerful rear and front cameras with 13- and 8-megapixel respectively, the company is most proud of the new stylus, which it calls a pen.

The stylus/pen is becoming a valuable tool for many power users and creative types that own phablets, and the more accurate it is, the better LG can use it as a selling point.

Of course, typing on a phablet is not convenient, but if there is one thing the Galaxy Note has proven, it’s the existence of a large customer base that loves to use a stylus. Small business owners in design, landscaping, architecture, real estate, decorating and more have grown to appreciate the conveniences a stylus offers.

The improvement on the LG Stylus 2 extends to features that are designed specifically for the pen. When you take the pen out from the compartment, it triggers Pen Pop, a shortcut menu for the Pop Memo and Pop Scanner applications. So all you have to do is take the pen out and you can start writing, drawing or just doodling.

Another nifty feature is basically an alarm for your pen. If the phone detects the pen container is empty, an app called Pen Keeper will sound an alert on your phone.

“LG Stylus 2 provides both the big screen and premium notetaking functions of a premium large phone at a price of a mid-tier phone,” said Juno Cho, president and CEO of LG Electronics Mobile Communications Company. This means you shouldn’t expect specs that match the Galaxy Note 5, but an affordable alternative.