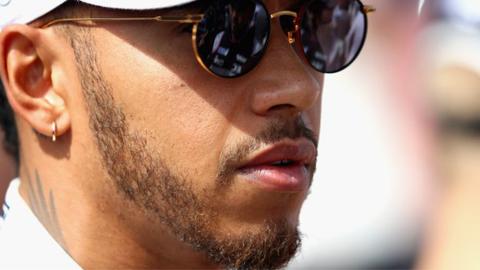 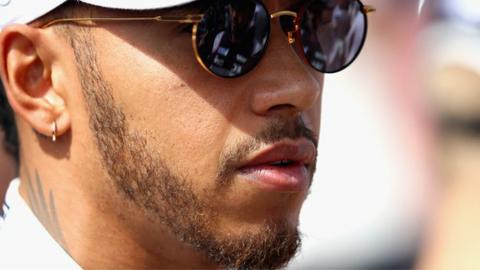 Britain’s Lewis Hamilton says he is confident he can beat Sebastian Vettel to the world title this year despite defeat at the Australian Grand Prix.

Hamilton finished second to the German in the season opener in Melbourne after losing the lead following pressure from the Ferrari driver’s superior pace.

Hamilton said: “It is going to be a close race. I truly believe we can beat them. It’s great to see Ferrari there.

“It’s good we had this close battle. I’m looking forward to the next.”

Hamilton led from pole position but struggled for pace in the opening laps and after an early pit stop was held up by Red Bull’s Max Verstappen, allowing Vettel to get ahead.

Hamilton said: “I wouldn’t say I’m happy. But all things in perspective. To see where we have come from, with massive rule changes and to come here and be battling so close for a win and missing out marginally, there are a lot of things to be proud of.

“We could have won the race but I gave it everything I could and you can’t do more. Take the strength of the weekend.”

Vettel said of his title chances: “There is a long, long way ahead. We have a lot to prove still but for now we are just happy.

“It is March now. I know people start to get excited but it is our job to work and I am much happier if we are working now and not talking.”

Hamilton said he was looking forward to a close battle with Vettel throughout the year.

“This year we have the best drivers at the front,” said Hamilton. “Of course it would be great to have Fernando [Alonso of McLaren] up there but it doesn’t look like it is going to happen any time soon.

“But Sebastian has four titles and he will continue for many years to come. I am really grateful to have that fight with him. It’s great.”

Hamilton defended Mercedes’ decision to bring him in for a pit stop earlier than Vettel.

“My strategy was to stop on lap 19 and I think I stopped on lap 18. I had nothing left in my tyres.

“I was catching some back markers and the car started to slide around a lot and the gap was reducing behind me and I was like, ‘Guys I have to come in now or I’m probably going to get overtaken on track.’

“I pitted not knowing the gap between the other cars. I came out behind some other cars which I couldn’t get by. I said to the team I had to come in because the tyres were dead.”