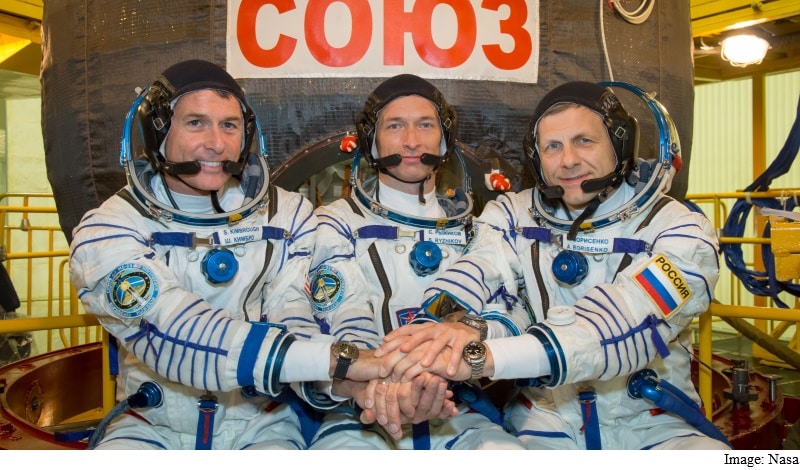 ISS Crew Members Set to Launch Next Week After Nearly a Month’s Delay
Nearly a month after the scheduled original launch date, three crew members of Expedition 49/50 are set to launch to the International Space Station on October 19 from the Baikonur Cosmodrome in Kazakhstan, Nasa said.

The original launch date of September 23 was postponed due to a technical issue with the Soyuz spacecraft, which Roscosmos, the coordinating hub for space science programme in Russia, repaired.

Nasa astronaut Shane Kimbrough, along with Roscosmos cosmonauts Sergey Ryzhikov and Andrey Borisenko, will travel for two days in the Soyuz MS-02 spacecraft to test upgraded spacecraft systems before docking to the space station’s Poisk module on October 21.

The arriving crew will be welcomed on board by Expedition 49 Commander Anatoly Ivanishin of Roscosmos and Flight Engineers Kate Rubins of Nasa and Takuya Onishi of the Japan Aerospace Exploration Agency, who have been aboard the complex since July.
Kimbrough, Ryzhikov and Borisenko will spend a little more than four months together aboard the orbital complex before returning to Earth in late February.

The crew will continue work on hundreds of experiments in biology, biotechnology, physical science and Earth science aboard the International Space Station, Nasa said.