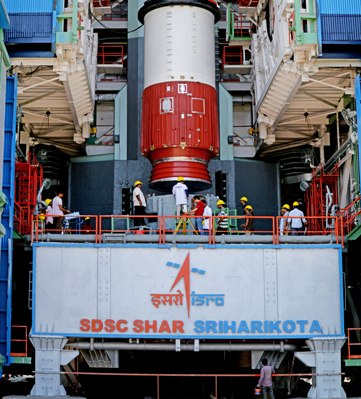 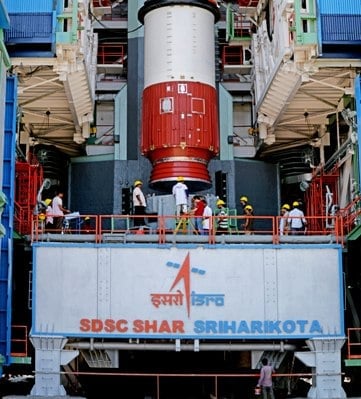 ISRO launch live is something space science enthusiasts across the length and breadth of the country look forward to doing. In order to encourage such viewers, the Indian Space Research Organisation (ISRO), has opened up the online registrations to watch the take-off of the ISRO PSLV C-46 RISAT 2B launch live from Sriharikota. The ISRO PSLV C-46 RISAT 2B launch is scheduled on 22 May 2019 at 5:27 am IST.

While only 1200 viewers could witness the PSLV-C45 launch live from the launch view gallery last month, this time it is expected that 5000 registrations will be allowed. “1200 people watched and enjoyed today’s PSLVC-45 launch from the new viewers’ gallery at Sriharikota. Next time we will have 5000 people watching the launch,” Dr K Sivan, Chairman, ISRO, had said last month.

The launch view gallery has a clear line of sight to two launch pads along with large screens placed to explain the launcher and satellite features. Also, replicas of all the ISRO launch vehicles like the Sounding Rocket, ASLV, PSLV, Mk-III, SLV, and GSLV will be available at the Space Theme Park along with a provision to go inside. A Space Museum educating viewers of the history of the Indian Space Research Organisation will also be created.

How to Register to Watch the ISRO Launch Live?

Viewers need to log onto to the official website of SDSC SHAR, and go to a microsite “Click here for registering to witness PSLV-C46/RISAT-2B Mission”. Viewers will first need to send a valid email address and get it verified, after which they can proceed with the online registrations to watch the ISRO launch live. Following which, visitor details such as individual or institute, no of people visiting, mode of transport and vehicle number needs to be submitted. Visitor’s contact details need to be provided after which terms and conditions need to be accepted. The final step would be the visitor’s capcha verification. The website mentions that 550 visitors have already registered to watch the ISRO launch live.

PSLV full form is Polar Satellite Launch Vehicle. The launch vehicle was developed to allow the country to launch its Indian Remote Sensing (IRS) satellites into sun-synchronous orbits. This was commercially available only from Russia service until the advent of the PSLV in 1993. The PSLV-C46 mission, which will be the 72nd launch vehicle mission from SDSC SHAR, Sriharikota and 36th launch from the First Launch pad, is the 14th flight of PSLV in ‘core-alone’ configuration, which means without the use of solid strap-on motors.

RISAT-2B, which is a Radar imaging earth observation satellite, will be placed into an orbit of 555 km at an inclination of 37 degree, says ISRO. The satellite possesses day and night as well as all-weather monitoring capability, thus helping in providing the country with real-time information.