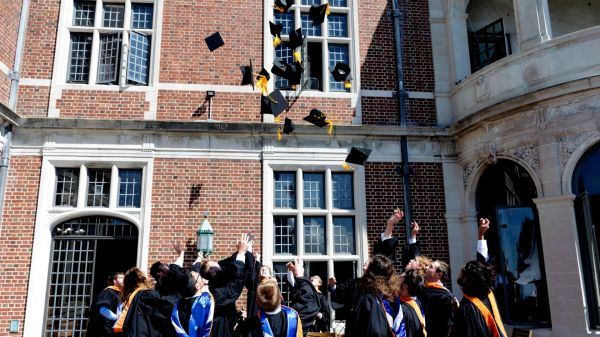 Free college is now a reality in nearly 20 states

“There was no way I could have gone to a university after high school,” said Emily Buckner, 20.

“My parents were laid off during the recession and it set us back a lot,” she said. “When I finished high school, there was nothing.”

Instead, Buckner took advantage of the Tennessee Promise — an offer of two years tuition-free at a community or technical college in the state.

In May, she completed her associate degree and is now enrolled as a junior at Tennessee Technological University, or Tennessee Tech, studying human resources.

In addition to the state funding, Buckner has relied solely on academic scholarships to pay for school as well as a job at Waffle House, which covers additional expenses such as books and food. She has no student loan debt.

She credits the Tennessee Promise for opening the door.

Of the students who started in the program’s first year in 2015, more than 50 percent have been successful, according to Mike Krause, the executive director of the Tennessee Higher Education Commission and founding director of Tennessee Promise.

More than 20 percent have graduated, another 20 percent are still enrolled and 10 percent successfully transferred to a four-year institution.

Now in its fourth year, the number of applicants is still rising, according to Krause.

“There are students that may have counted themselves out and when they hear that you can go for free that provides a sense of momentum,” Krause said. (Students can use the scholarship at any of the state’s 13 community colleges or other eligible associate degree programs or vocational schools.)

Other states, including Arkansas, Indiana, Minnesota, Montana, Oregon and Rhode Island, have also rolled out statewide free community-college programs and more are expected to follow.