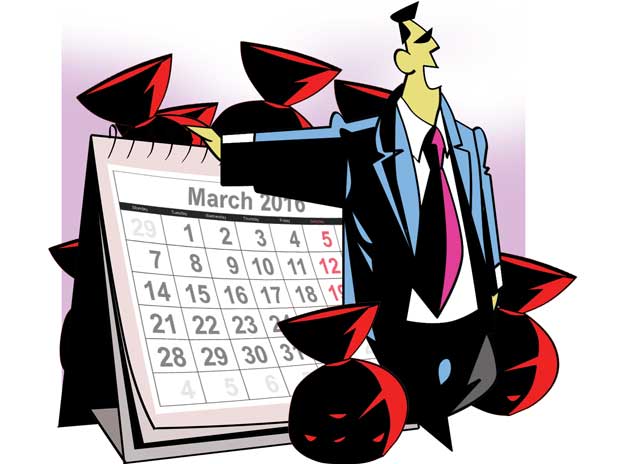 Foreign institutional investors’ (FII) inflow in the Indian market so far this month is the highest single-month investment since February 2013.

According to data from National Securities Depository and Securities and Exchange Board of India, FIIs have put in Rs 20,686 crore ($3.08 billion) thus far in the Indian market during the current month (till March 28).

Read more from our special coverage on “FIIS”

According to provisional stock exchange data, they invested another Rs 513 crore in equities on Tuesday (March 29), taking their total net investments to Rs 21,199 crore thus far in the current month with two trading days still left. The benchmark indices – the S&P BSE Sensex and the Nifty 50 – have surged nearly eight per cent in this backdrop. This is in sharp contrast to the first two months of 2016 (calendar year) when they had sold an aggregate Rs 19,752 (Rs 11,471 crore in January and Rs 8,281 crore in February) in Indian equities. As a result, the benchmark indices had plunged 12 per cent during this period.

The up move also comes on the back of a hope that the Reserve Bank of India (RBI) might cut key rates in the next Monetary Policy review on April 5 given that the Union Budget for 2016-17 stuck to the earlier fiscal deficit target of 3.5 per cent of gross domestic product for FY17.

At the global level, with the US Federal Reserve (US Fed) keeping rates steady in its last review meeting and indicating the likelihood of just two hikes going ahead in CY16, compared to the expectation of four, also aided sentiments.

“With policies of extraordinary monetary accommodation continuing in the EU (European Union) and Japan and the fears of further weakening of yuan; the relentless upward pressure on the US dollar would continue to hurt US’ net exports. Emerging markets including India should rejoice as fears of massive exodus of foreign capital should abate with a more modest increase in the US rate trajectory expected over the medium-term,” suggests Ajay Bodke, CEO and chief portfolio manager at Prabhudas Lilladher.

The road ahead
Going ahead, analysts believe that India will continue to attract FII flows over the long term, as economic fundamentals remain stronger than other emerging market economies. That apart, clarity on the path that the US Fed is likely to follow should keep the current momentum in the equity markets strong, they say.

“The US Fed has narrowed down the divergence between its monetary policy and that European Central Bank and Bank of Japan, which stepped up their bond purchases or quantitative easing. On the other hand, China has repeatedly followed an aggressive monetary easing by cutting interest rates and reserve requirements. With such a large liquidity tap still open, markets are expected to benefit from these moves,” says Vinay Khattar, associate director and head of research at Edelweiss, in a recent co-authored report with Sahil Kapoor and Anand Laddha.

In the immediate term, however, market participants will watch out for the RBI policy meeting on April 5, after which quarterly results will dictate the trend.

“We will watch out for legislative action in the second half of the Budget session, which will have important implications for the market,” adds Dipen Shah, senior vice-president and head of private client group research at Kotak Securities.