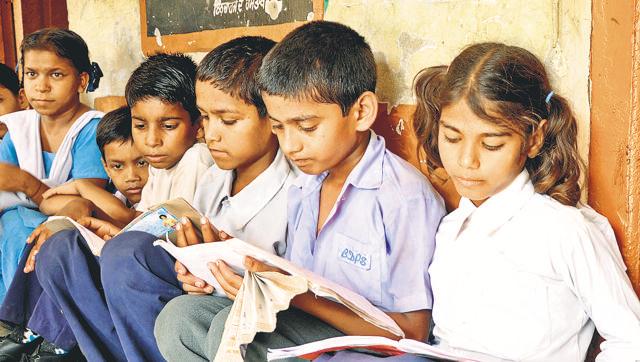 Director public instructions (secondary education), Punjab, has issued directions to the district education officers across the state to prepare a project report of eligible schools which can be upgraded. (HT File Photo)

The department of school education is planning to change the process of upgrading government schools in Punjab. The department will upgrade primary school, having strength of more than 100 students, directly to high school.

Earlier, primary schools were upgraded to middle school (Class 8) before making it a high school (up to Class 10).

Director public instructions (secondary education), Punjab, has issued directions to the district education officers across the state to prepare a project report of eligible schools which can be upgraded.

It has been learnt that the step has been taken in the view of the shortage of staff. The department will have to recruit two only additional teachers than those appointed in a middle school to upgrade a primary school to high school.

Sources claimed that the step has been taken to enhance the efficiency of staff and improve the performance of the students by retaining them in the same school up to Class 10.

Deputy district education officer (DEO) Sanjeev Sharma said the department is preparing a plan for 63 middle schools across the district, of which files of 25 schools have been sent to the higher authorities to make them high schools.

Local resident Jaswinder Singh said it would benefit the students as they would avail the high school education at their doorstep. “Usually, students have to travel long distances as most of the villages don’t have high schools.”

Another villager Darbara Singh said with this, students and parents won’t have to worry about changing school after the primary level. Moreover, it will also check the dropout rate.

He added that the villagers always tried to get the school at their village upgraded to avoid the difficulties of sending their wards to the schools at other villages or towns.