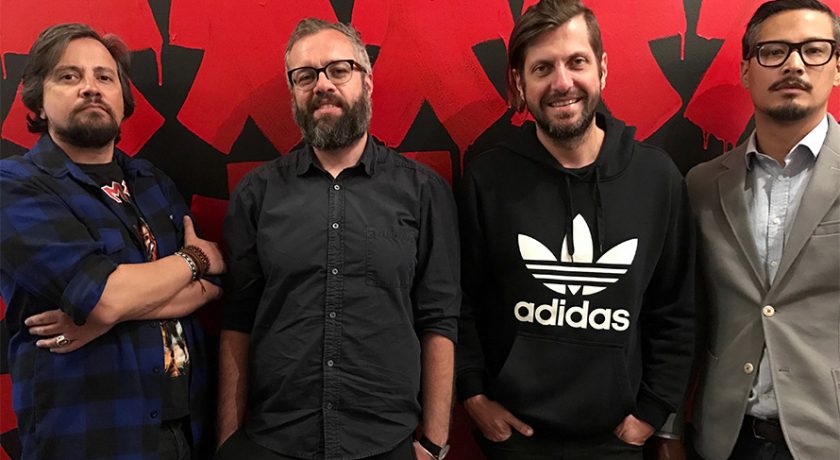 Fernando Reis and Marcelo Padoca join David&Goliath as creative directors on the agency’s Kia account. The duo, who have been creative partners for a decade, arrive at the agency from cross-cultural agency The Community, where they served as associate creative directors, working with brands including Converse, Corona, Modelo and the city of Buenos Aires. Both previously worked at several agencies in their native Brazil.

“We’re thrilled to be joining David&Goliath,” Padoca said in a statement. “It’s an agency with a lot of ambition, great clients and a ‘no assholes’ policy. What else could you ask for?”

Wilson Mateos also joins the agency as a creative director on the Kia account after holding the same title at 180LA, where he worked on the University of Phoenix account. Mateos had already spent more than 25 years in Brazil’s ad industry at shops like Lew’Lara TBWA, F/Nazca Saatchi & Saatchi, AlmapBBDO and Neogama/BBH before heading to 180LA in late 2015.

“David Angelo is a man with strong beliefs, a vision and many dreams,” Mateos said. “I admire that and I’m thrilled to be a part of it.”

“My entire career I’ve been trying to help clients and agencies understand the importance of being brave and how it has a positive effect on the work produced and the results that follow,” Garcia said. “When D&G explained that they were an agency built on this ideology, I was like, ‘Where do I sign?’”