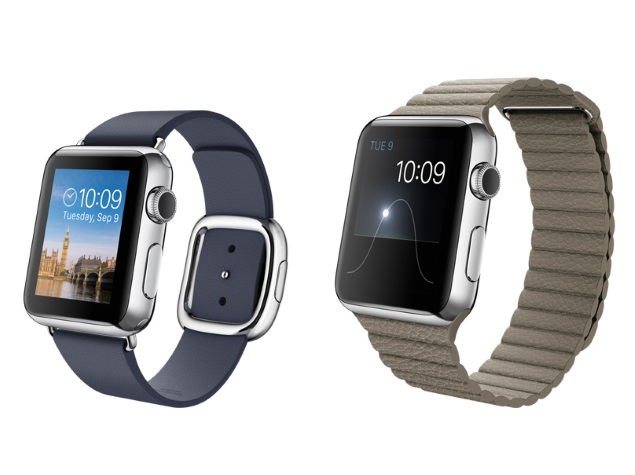 Apple has been quietly working on its much-anticipated first smartwatch, the Apple Watch, and a recent report had even claimed that the development was on track and the device should start shipping in the US by the end of March.

9to5mac has managed to get more details on a new ‘companion’ app that is said to be made for the iPhone. It says, “This application manages settings for Apple Watch applications, as well as settings for iPhone/Watch interactivity.” It has also posted screenshots from the purported companion app showing various unannounced features of the Apple Watch.

The companion app offers details on how the Apple Watch will function and even gives away insights on clock functions, home screen, accessibility, messages, mirroring iPhone notifications, activity, motion and fitness, Passcode, and more. Some of the features that the companion app will offer include a virtual view of the Apple Watch home screen that can be managed by a user via the app. 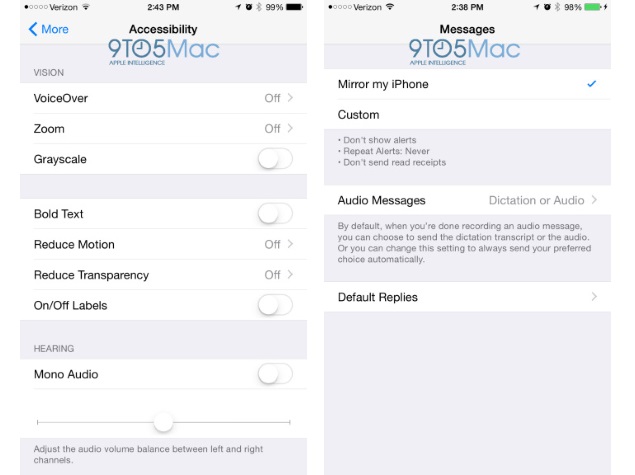 In clock functions, a new feature named Monogram has been added as a complication (which is a term for a specialised function in watchmaking). “Like a real monogram, this feature will allow users to include a virtual, embedded stamp of 1-4 letters – typically your initials – directly on the clock face,” it notes.

A red dot on top of Apple Watch clock face will appear to show a notification has arrived on the connected iPhone – obviously this is optional and can be chosen from the app.

For messaging, the Apple Watch can respond to a text via voice and a user with the help of the companion app can chose whether to reply with transcribed dictation or actual audio messages, shows the companion app screenshot.

9to5mac adds, “The app can switch between dictation or audio replies as the default mechanism for replying to text messages. You can also choose to use either form of reply at the time of the individual message.”

The new Apple Watch will also offer a range of accessibility features such as VoiceOver function to speak the text that is displayed on the screen, and double tap with two fingers to zoom and for panning have to use two fingers. The accessibility settings on the companion app shows that users can reduce motion, control stereo audio balance, reduce transparency, switch to grayscale mode, disable system animations, and enable bold text – all via the app.

“Users will also be able to unlock the Apple Watch by unlocking the connected iPhone, possibly for people who want to use lengthier passcodes. This feature will only work if the Apple Watch is attached to your body,” notes report. Notably, the Apple Watch will also include a security option to wipe data “if its passcode is entered incorrectly 10 times”.

For fitness features, the companion app will allow users to activate various features such as stand reminders, activity progress, completion of move/exercise/stand goals, achievements, and summary of movements on Monday.

The About Screen option on the companion app will include storage capacity details. 9to5mac speculates that the Apple Watch will include usable storage space.

The report also adds that the app’s user interface might change by launch; though it claims that the current set of companion app screenshots reveal the interface that is being tested.