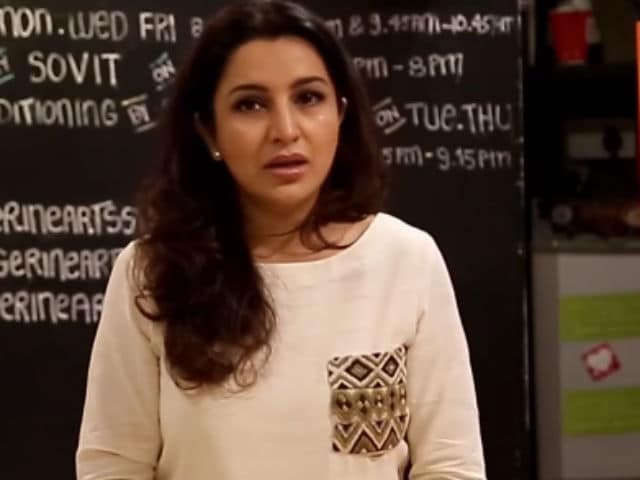 Tisca Chopra in a still from the video. (Image Courtesy: YouTube)

A video, titled ‘Reptile Dysfunction,’ of actress Tisca Chopra detailing her experience of the casting couch has gone viral since it was posted some days ago.

In a YouTube session with creative collective Kommune, Ms Chopra says her first film -1993’s Platform– ‘vanished without a trace and soon after, her dates diary looked like a barren desert.’ At a loose end, Ms Chopra went on a break to Goa. And just when she was wondering whether she would ever get any work at all, she received a call from “a very, very famous producer and director.”

In the video, Ms Chopra refers to the filmmaker as “RP or Reptile” and says that he asked her to meet him for an apparently “extravagant film.”

Ms Chopra admits that she took RP’s words seriously, adding that her friends were delighted to hear that she would star in this ‘extravagant film.’ A few friends also expressed concern as they believed that RP had a “scene” with all the actresses he worked with.

A certain friend also told Ms Chopra that a director wanted her to accompany him on location hunting as he wanted “the script to penetrate every inch of her body.”

So, they started shooting in Bombay, with Tisca Chopra being allotted a hotel room adjoining RP’s. On set, people could tell that RP was “getting fond” of her. One fine day, after directing Ms Chopra in an intimate scene, RP told her, “So, let’s meet in my room for dinner. We’ll discuss the script.”

Watch this to find out what happened next.