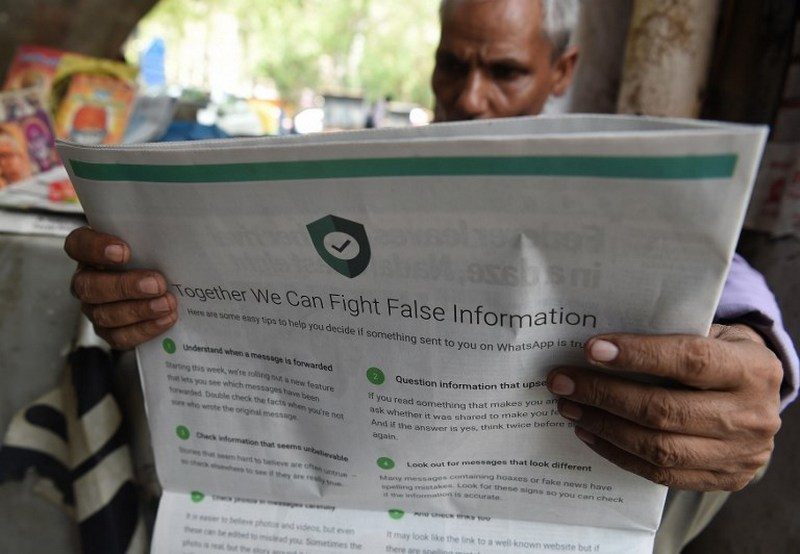 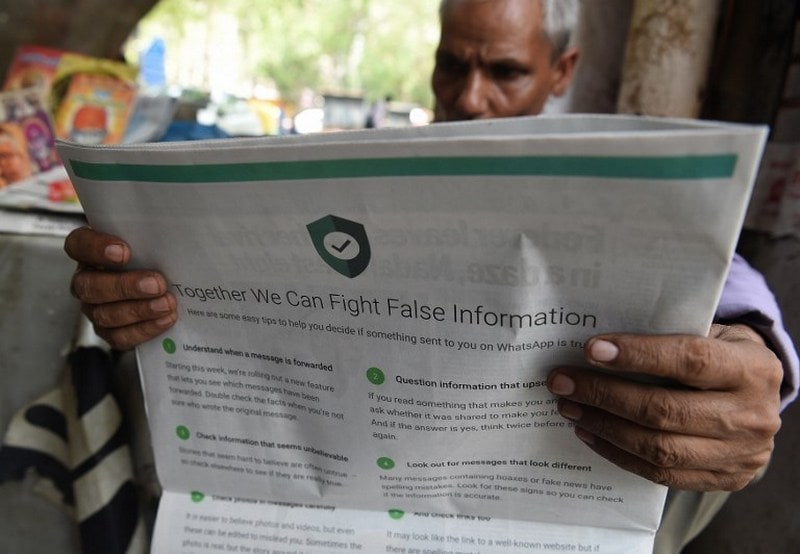 Facebook’s WhatsApp messaging platform on Tuesday published advertisements in key Indian newspapers to tackle the spread of misinformation, its first such effort to combat a flurry of fake messages that prompted mob lynchings.

“Together we can fight false information,” read full-page advertisements in some top English language-newspapers, part of a series that will also feature in regional-language dailies.

It urged users to check information before sharing it and cautioned them about the spread of fake news.

“We are starting an education campaign in India on how to spot fake news and rumours,” a WhatsApp spokesman said in a statement.

“Our first step is placing newspaper advertisements in English and Hindi and several other languages. We will build on these efforts.”

During the week, it aims to publish similar advertisements in regional dailies across India, from the states of Gujarat, Maharashtra and Rajasthan in the west to the most populous state of Uttar Pradesh in the north, it added.

WhatsApp has previously said it is tweaking features and giving users controls in its effort to rein in false messages.

It is also testing the labelling of messages to show users when a message received is just a forward, rather than one created by the sender.