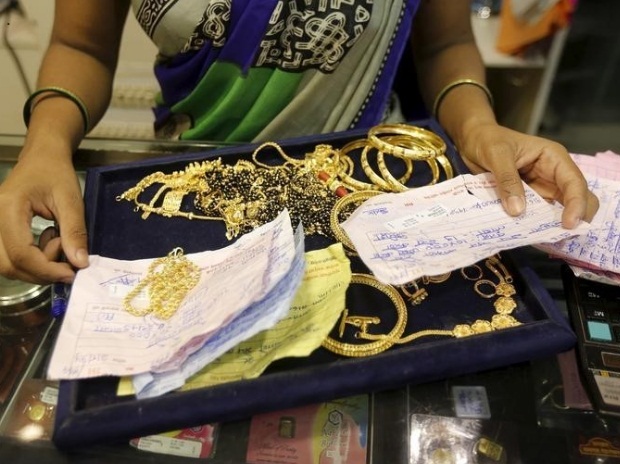 The recent strike by jewellers will impact the March quarter numbers for listed companies such as Titan, PC Jewellers (PCJ) and Tribhovandas Bhimji Zaveri (TBZ), among others.

The impact will depend on various factors, such as the number of stores that were closed (not all were) and the proportion of domestic sales in overall revenue. Also, South-based stores had backed out after initially supporting the stir.

Abneesh Roy, analyst at Edelweiss Securities, says, “Pre-budget, buyers were postponing a decision and post-budget, the strike was on. So, we believe there will be about 40 days’ revenue impact for most companies in the quarter.” 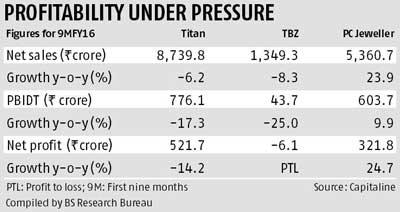 Divyesh Shah, business head at TBZ, says: “The strike’s impact will be significant for March, though we will pass on the (new) one per cent excise duty to consumers and will not see revenue or margin impact from this.”

Annualising nine months’ revenues of the three companies and extrapolating the estimated revenue for this quarter, Titan could lose Rs 705 crore from the strike (jewellery forms about 80 per cent of its revenue,. the rest coming from watches and other segments). This number works out to Rs 138 crore for TBZ and Rs 393 crore for PCJ’s domestic retail business. PCJ derives about 70 per cent revenue from the latter, the rest coming from export. PCJ as well as TBZ do not have presence in shop-in-shop stores and all of PCJ’s exclusive domestic retail stores were closed due to the strike. 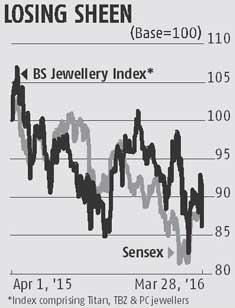 The managements of Titan and PCJ declined to comment for this report. However, in an annual investor meet on Monday, the Titan management stated only some of its shops were closed. They also indicated an impact on jewellery sales will be impacted in the quarter due to stricter PAN card/KYC norms.

Positively, the gold harvesting scheme (absent in the year-ago quarter) might aid jewellery revenue this quarter. However, it might not be enough to boost overall jewellery sales, already down almost 10 per cent in the first nine months of FY16. Hence, analysts are likely to trim their year’s estimates.

Titan, however, reiterated its expectation of 15-20 per cent sales growth in jewellery in FY17. It is also revamping its watches business and has exited unviable segments such as Sonata. Analysts believe watches will take a couple of years to improve. The stock closed with a loss of a little over seven per cent on Monday. TBZ was down eight per cent and PCJ by 1.7 per cent.

These stocks had surged after the Union Budget and most of the gains have been shaved off. The stocks could again see some pressure on account of weak March quarter numbers.