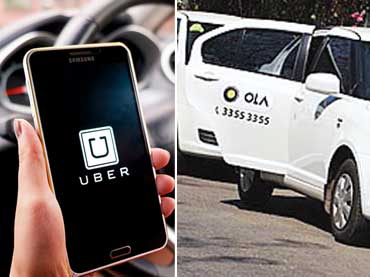 San Francisco-based ride hailing company Uber was forced to develop a mechanism for accepting cash payments from customers in India, given the extremely low penetration of credit cards in the country. Seen as an inconvenience at first, the company has exported the solution to other emerging markets such as Vietnam and Indonesia.

To mine the country for more such innovations to grow both locally and globally, Uber has picked Bengaluru to open its first engineering centre in Asia.

The city is home to India’s largest pool of tech talent and also to rival taxi-hailing service Ola.

“For us to dream of providing transportation which is as reliable as running water for everyone in India, we have reached a point where we have to setup an engineering centre here,” said Thuan Pham, chief technology officer at Uber. “If we all sit in the ivory tower in San Francisco, we cannot imagine how challenging the local conditions are.”

Some of the challenges Uber’s local engineering team will look to solve include building a solution that can function in areas of poor mobile connectivity, innovations in payment methods and solving variations in estimated time of arrival (ETA), given the massive congestion on roads in Indian cities. All this will also help Uber better its services at a global scale.

Pham says India is unique since it offers a massive scale while serving several problems to developers. Moreover, while China is a larger market for Uber, the company chose to setup its centre in the continent in India as the technology world is familiar with the talent India offers.

Uber has pledged to invest Rs 99 crore in Karnataka for the setting up of its centre which will hire 200 people and employ a further 100,000 driver partners. Currently, the company claims to have more than 250,000 cabs on its platform operating across 26 cities, making the country its third largest market after the US and China.

Ola, the company’s local rival, shifted its headquarters from Mumbai to Bengaluru last year due to the non-availability of high-quality tech workers outside the city. The Softbank-funded company has now become part of a global consortium of taxi-hailing services in a bid to take on Uber which includes China’s Didi Kuaidi, Southeast Asia’s GrabTaxi and US-based Lyft.

While both firms are engaged in a battle to dominate India’s market, they have a common enemy – archaic regulations. The business models of both companies have recently come under attack from the state governments of Karnataka and Maharashtra (two of their largest markets) which plan to impose extremely restrictive regulations such as sticking to state mandated fares.

Ola and Uber are also looking to reduce the entry price barrier for using their services by introducing services such as bike taxis, auto rickshaws, shared taxis and even shuttle bus services on their platforms.