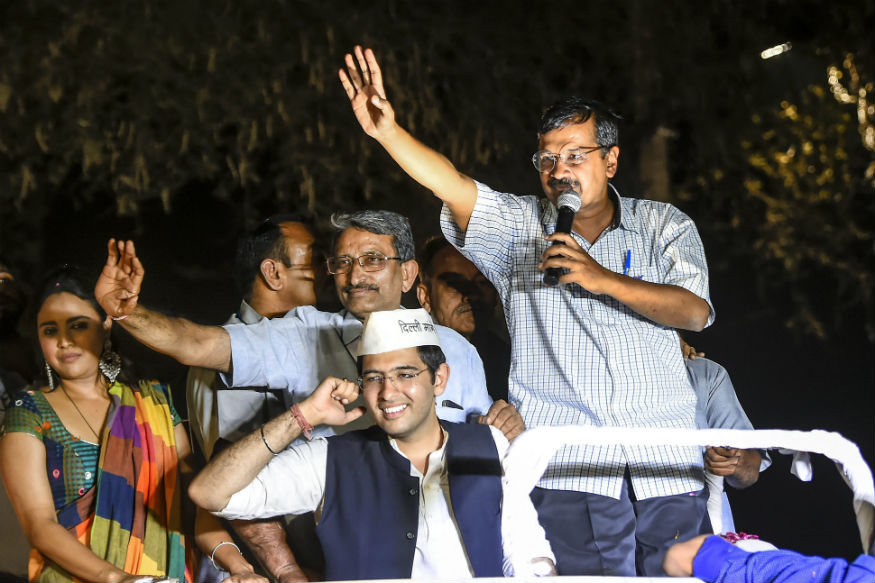 Take Money and Gifts From Other Parties But Vote for AAP: Arvind Kejriwal New Delhi: Delhi Chief Minister Arvind Kejriwal on Thursday asked voters not to refuse money or gifts offered to them by other political parties, but cast their votes for the Aam Aadmi Party.

“On the night of election, do they (other political parties) come to give money or not? Accept that money or gifts because it has been bought with money which they stole from you,” Kejriwal said at a roadshow without mentioning the BJP or Congress.

“What will you do? Take it, don’t deny it, but vote for jhadu (broom, AAP’s election symbol),” the AAP chief said in the roadshow in support of South Delhi candidate Raghav Chadha.

Kejriwal had made a similar comment earlier this month, following which he was sent a show cause notice by the Election Commission.

He was joined by actress Swara Bhasker in the roadshow.

Chadha said the youth would reject the “politics of hooliganism”.

The roadshow started at Bapu Sambhav Camp, Chattarpur and ended at Kundan Chowk in Bijwasan.

Kejriwal urged people to vote on Sunday “even though it will be hot during the day”.

Delhi goes to polls on Sunday and the result would be declared on May 23.

MONEY 272 AAP 2 and 568 Arvind 7 but 62 for 702 From 237 Gifts 5 Kejriwal 10 Money 82 other 33 Parties 2 take 26 Vote 5
Newer Post
From patterns to personality: how creativity helps you find your own unique voice
Older Post
Money Money Money: Financial planning for couples