If we wanted to set the record for the world’s shortest review all we have to say is that unless you’re a big fan of the series, you should not be buying Street Fighter V right now.

However since you’re here expecting a review and not just a “tweet”, you’ll need a whole lot more to go by.

Street Fighter V, as the name implies, is the latest in the long-running series of fighting games. It has an eclectic set of characters, a number of varied stages, and a more than competent soundtrack that complements some of the most addictive gameplay around.

From detailed backgrounds complete with Bollywood movie posters, to hilarious belly physics on obese (but surprisingly powerful) fighters, the production values we’ve come to expect and love from the series are present, for the most part. The game’s single-player story mode is bookended with water-coloured panels between matches. These do a decent job of conveying the plot, but they pale in comparison to the rest of the game, having an almost half-finished look to them.

On the topic of story, if you were expecting a narrative-heavy fighting game, you’re better off playing Mortal Kombat X. Street Fighter V lets you play as any of the available 16 characters, but its story has no coherence. It only serves as an excuse to hone your skills against a few AI-controlled opponents. Speaking of which, the story mode is the only way to play against AI opponents – you can’t do this in an arcade or player vs CPU mode. 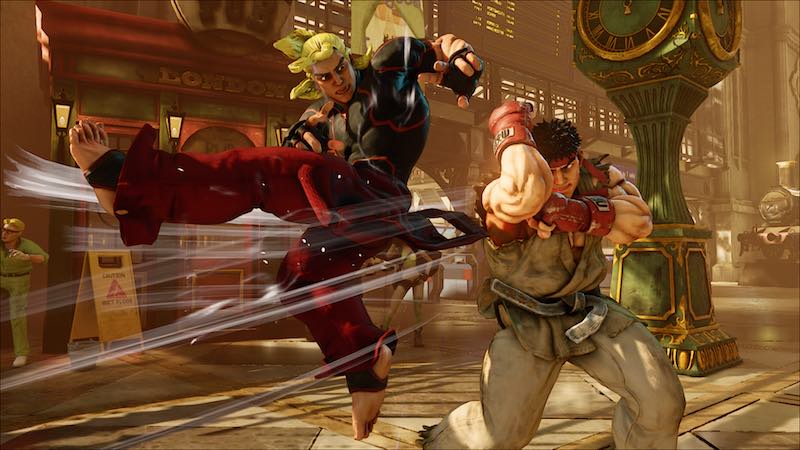 If you’re looking for a purely single-player experience, there’s Survival Mode that lets you pummel through a a bunch of characters, and after each match you can choose to raise your health or your offensive capabilities, at a penalty to your score. It’s a fun little distraction but isn’t enough to keep you hooked for more than a few sessions.

So what can you do if you’re seeking more single-player hijinks? You could modify AI behaviour in the game’s Training mode. This is traditionally where you practise moves and combos. But the lack of a fail state or win conditions do very little to keep you involved. The lack of a player vs CPU mode is a perplexing omission and something we hope Capcom rectifies sooner rather than later.

And this isn’t the only thing missing. Usual features such as challenges, trials, player lobbies for more than two people, a meaty story mode, an in-game shop, alternate costumes, and Spectator mode, do not ship with Street Fighter V. Capcom has stated that a cinematic story mode will be available later in the year, and that Spectator Mode, an in-game store, and Challenges will all be added soon after launch. All these absences at launch make Street Fighter V a surprisingly anaemic Rs. 4,000 purchase on the PS4.

The glaring lack of content is only somewhat countered by the actual fighting. It’s nowhere close to the pace of other fighting games like BlazBlue or Guilty Gear: Xrd Sign, but those familiar with Street Fighter IV will be right at home. It’s just as deliberate and feels all the more weighty with each punch and kick delivering a sense of feedback that makes it as immersive as its predecessors. That’s not to say its slow. Thanks to a generous learning curve, newcomers will be able to string together 20-hit combos with ease while old-timers should have no problem getting accustomed to the basic controls and gameplay elements.

(Also see: Street Fighter and Resident Evil Will Be Available in India Officially) 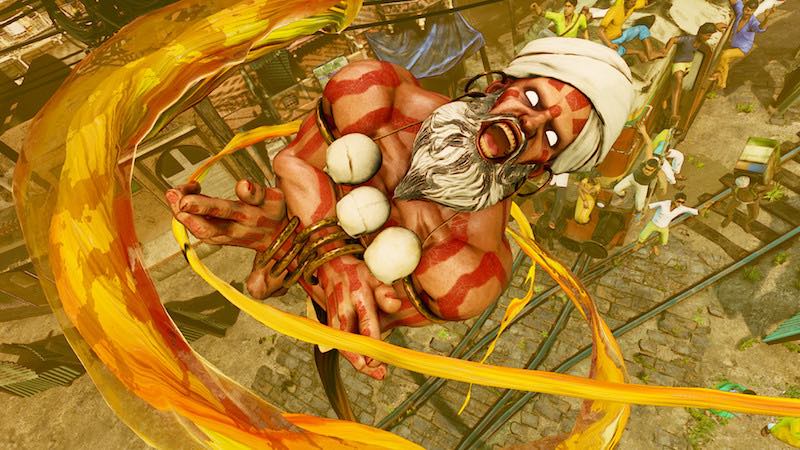 And then there’s metre management. Aside from trying to beat your foe into submission you’ll want to pay attention to two gauges on your screen aside from health. There’s the EX Gauge that fills up every time you dish out damage, and the other is the V-Gauge that increases with each hit you take. The former lets you unleash a gorgeous Critical Arts move when it’s full, and can completely turn the tide of battle. The latter lets you launch a counter-attack, nullify assaults, or simply augment your existing moves. Our personal favourites are Indian fighter Dhalsim’s Yoga Sunburst that scorches rivals, and series staple Ryu’s Denji Hadouken that fills the screen with beams of light.

Each character has a unique set of skills to be used when the V-Gauge is filling up such as teleportation or poison attacks. This allows for an immense amount of variety and depth in gameplay that truly allows Street Fighter V to live up to the classic game design tenet of being easy to play and tough to master.

Layered over and above robust core gameplay is an in-game economy not too dissimilar to many free-to-play mobile games. As you play through the game’s various modes you earn currency that you can use to unlock characters and other items when they’re available. Keep in mind that you need to be online to do this. If you’re offline you earn nothing, and even if you go online later, you’ll need to play again to earn anything.

To link unlockables and progress to online play, even for single-player, is annoying. It ensures that you’re dependent on the stability of Capcom’s servers. If games like Driveclub and Halo: Master Chief Collection are any indication, you might as well hold off. 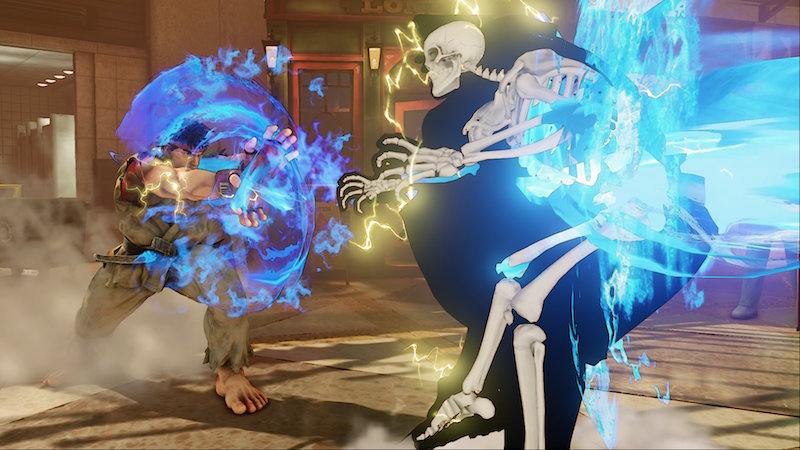 As for online multiplayer itself, it was a mixed bag. We were able to connect and play matches against fighters the world over without a hitch. It did take a lot of time to find one though, presumably due to the lack of people with access to the game prior to launch. When we did, the experience was smooth and lag-free, something we wish other fighting games are unable to do even a month after launch. We felt we were in the same room as our opponent; yes it was that good. On the other hand, creating a player lobby (or Battle Lounge as the game calls it) was an exercise in frustration. Invites to our friends would not go through, and at times, the game would crash at the Battle Lounge screen right after, forcing us to restart the game.

All said and done, barebones content, inconsistent online performance, and a dependency on being always online do Street Fighter V no favours. Despite Capcom’s plans to address these issues for free, it begs the question, why even release it in this state in the first place? Make no mistake, there’s a good game here, but there isn’t enough to it to warrant a purchase right now especially at its current price point. If you’re not a hardcore fan, you’re better off buying it later, probably for less money, with a lot more features than it has right now.