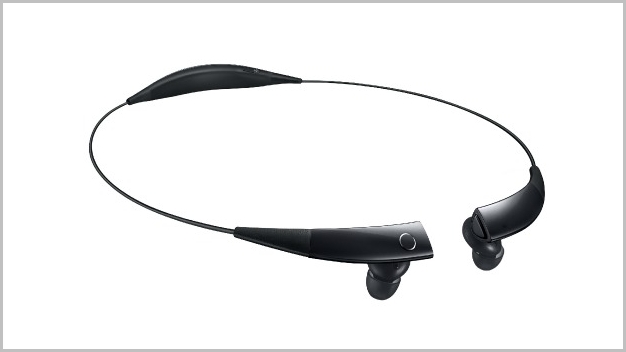 Samsung Introduces a Tech Necklace for Taking Calls from Your Smartphone Wearable technology is not a brand new concept. But now it’s more than your wrist that can be adorned with smart technology. Samsung just announced a new wearable device called the Samsung Gear Circle, which is basically a necklace that pairs with the user’s smartphone.

The Gear Circle includes a set of headphones worn around the neck like a collar. It notifies the wearer of incoming calls and alerts, and can also be used to take calls, listen to music, and give voice commands using a Bluetooth connection.

It’s not the very first product of its kind though. LG offers a similar set of headphones also designed to go around the neck like a collar. The Samsung Gear Circle does offer a few features that the LG version doesn’t, though, such as its vibrating alerts.

Samsung’s announcement of the Gear Circle was tucked into its larger announcement about its new Gear S smartwatch on the official Samsung Mobile Press site.

It remains to be seen if this type of wearable tech will really catch on. But it presents a unique opportunity for wearers to potentially get more done without focusing all their attention on a smartphone.

It might not seem like a necklace with some headphones and the ability to connect to another mobile device would do much to streamline business efficiency. But just a few short years ago it probably didn’t seem like a phone with the ability to take pictures and access the internet would accomplish that either.

Not that a smart necklace is necessarily going to have as big of an impact in the business world as the smartphone did. But it could have some impact. Wearable technology is definitely a growing field and makers are still figuring out the best formats for people to connect with their technology. Smart watches currently seem like the big trend in wearables. But necklaces like the Samsung Gear Circle could very well take over or complement this trend.

Both the Gear Circle and Gear S are expected to be available in October, per Samsung’s announcement. So we’ll have to wait until then to see how this trend catches on.