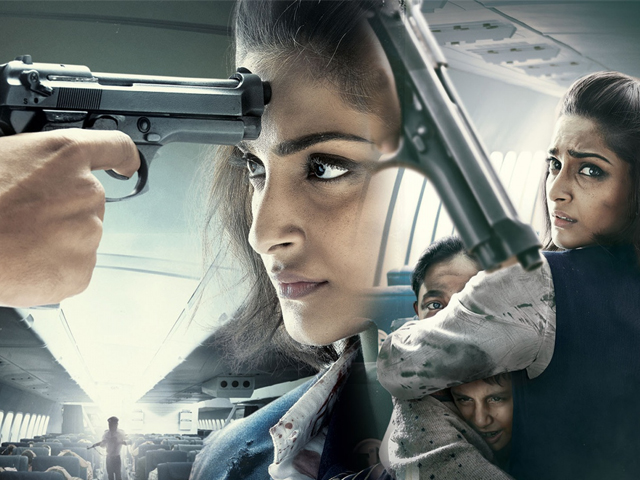 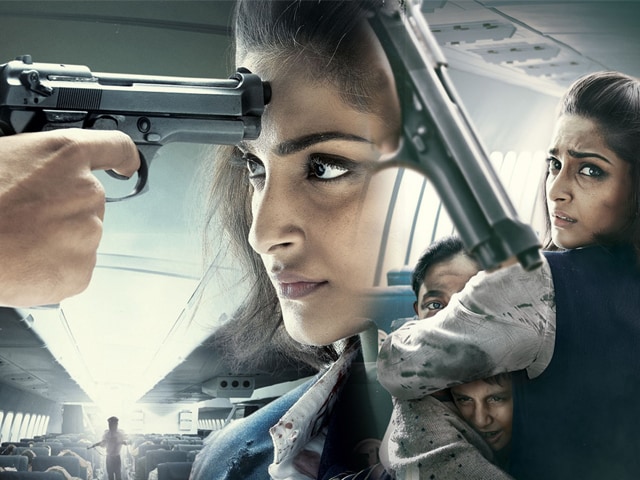 Defying every norm laid down in the mainstream Bollywood rule-book, Neerja coaxes a riveting two-hour drama out of a real-life tale of extraordinary courage.

For those old enough to remember how the hijacking of the 1986 Pan Am flight 73 panned out, the details are obviously all in the public domain.

Yet, the need to bring the story of Neerja Bhanot to the big screen cannot be questioned, especially from the point of view of a younger audience.

In this shrill era of arrogant, aggressive nationalism, the qualities of genuine humanism that this spirited film celebrates deserve to be brought to the fore and embraced.

Neerja not only places a woman at its centre, it also showcases the pluck of a flight attendant who makes no distinction between nationalities when her passengers face a grave threat.

She goes out of her way to try and save everybody on board – Indians, Americans, Pakistanis and Brits – without any thought of the cost that she might have to pay.

Director Ram Madhvani opts for just the right emotional amplitude to bring to the screen the exceptional tale of a brave fashion model and flight attendant who, hours shy of her 23rd birthday, laid down her life to save over 350 passengers.

Neerja needs to be applauded for avoiding the garish and gratuitous bells and whistles of commercial Hindi cinema.

It plunges headlong into the life of a bubbly 1980s girl who flies in and out of the country for a living while successfully pursuing a thriving modelling career.

The protagonist, whose personal life revolves around her doting mother (Shabana Azmi), supportive father (Yogendra Tiku), and her milk-white Spitz, is a diehard Rajesh Khanna fan.

Her obsession with Kaka allows a pivotal allusion to ‘Zindagi badi honi chahiye lambi nahin, Babumoshai’ to be woven into the screenplay (written by Saiwyn Quadras).

The transience of existence and the sheer senseless of the violence that snatches away promising lives is contrasted with the large-hearted cheerfulness of Neerja.

There is no way of telling how rough her life has been in the past few months as she looks to make a fresh beginning.

She has a male friend, Jaideep (Shekhar Ravjiani in a special appearance), who might have been her ticket to a second chance in life had fate allowed her a longer stint on earth.

In the early minutes, the film cuts back and forth between Neerja’s chores in the run-up to the last flight of her life and scenes showing a quartet of Palestinian desperadoes prepping for the fateful strike on Pan Am flight 73.

In the time between the plane taking off from Sahar International and reaching cruising altitude, two pithy flashbacks reveal two crucial details of Neerja’s life – an arranged marriage gone sour and her deep bonding with her journalist-father.

But what holds one crucial part of Neerja together is its sensitive and insightful mother-daughter relationship.

It is a film about a hijacking and a girl who did not let gun-toting and explosives-laden terrorists cow her down in the course of a hold-up that lasted 16 hours.

But without the light that it throws on Neerja’s upbringing, it would be just another story of courage under duress. It is much more.

Neerja is a portrait of a family which, like any other Indian family, had to grapple with the notion that a girl-child is vulnerable in our society and, therefore, in need of more protection than her two brothers.

The heroine of this film is a woman of substance who follows her heart and, barring a brush with the boorish husband from whom she breaks free, gets what she wants.

Her mom worries endlessly about her, but cannot stop her from taking wings and flying away in the directions that she loves.

You are doing so well as a model, give up the job of an air hostess, her mother suggests. Neerja’s response is simple enough: “I love my job.”

She loves her calling so much that even when she is put to the sternest test, she sticks to its spirit, taking over the stewardship of the cabin in her capacity as head purser when armed terrorists barge into the plane at Karachi airport.

It is only Neerja’s first flight as head purser, but she leads by example, alerting the pilots in the nick of time and thereby helping them get off the plane through an overhead cockpit hatch.

Without pilots in the cockpit, the wings of the terrorists are literally clipped.

Hindi cinema has of late developed a fondness for real-life role models, but few of these films achieve any degree of verisimilitude, obsessed as they are with dumbing down the story with an eye on a wider audience.

Madhvani does nothing of that sort and is none the worse for it. He has able allies in DoP Mitesh Mirchandani (who captures remarkable depths and details in closed spaces) and editor Monisha Baldawa (who gives the film its pace).

The three main actors in the cast – Sonam Kapoor, Shabana Azmi and Yogendra Tiku – are on top of their game.

Sonam is of course the lynchpin. Even when pushed well out of her comfort zone, she is completely convincing and real as the bubbly youngster with nerves of steel.

Shabana Azmi informs her role with subtle nuances that add startling layers to the characterization.

Yogendra Tiku, a competent actor who rarely gets the play he deserves in Hindi cinema, conveys the welled-up emotions of a father egging her daughter on to be in control of her own life.

If it is going to be just one Hindi film this week, make sure it is Neerja.

It is a powerful story that tugs gently and delicately at the heartstrings.

It does not go overboard on attacking the lachrymal glands. But when it does, it is bang on.

REVIEWS 448 Movie 13 Neerja 1 Review 233
Newer Post
Review: The Danish Girl, About a Transgender Pioneer
Older Post
The Syria ‘ceasefire’ deal is no such thing – it’s cover for the US and Russia