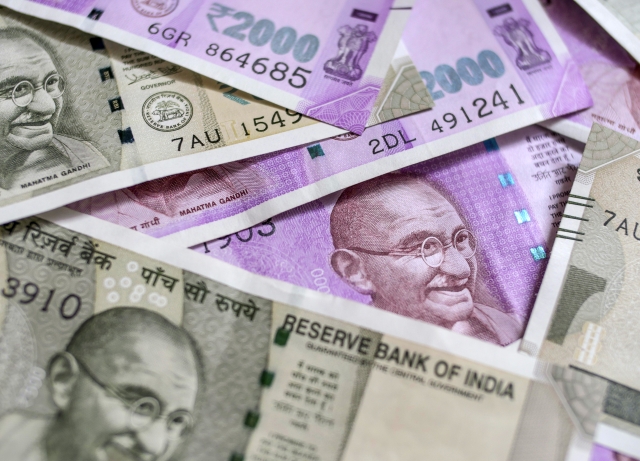 The changes, which Modi’s party has said were designed to at least partially account for undocumented cash long used during India’s elections, may actually make it easier—and legal—for anonymous donors to support political parties. Spending on the election ending May 23 is set to rise 40 percent to 500 billion rupees ($7 billion), according to the New Delhi-based Centre for Media Studies.

“It won’t be an exaggeration to say our elections will never be the same again,” said N. Bhaskara Rao, the group’s chairman, who has advised previous Indian governments. “What is this if not the auctioning of our democracy to the highest-paying corporation?”

Modi swept to power in 2014 promising a business-friendly administration that would transform India’s image on the world stage. He remains the favorite for many investors, despite more recently introducing populist policies to boost support in rural India and tightening rules against corporate defaulters.

The biggest innovation in India’s campaign finance laws is the anonymous electoral bond. Despite the name, they bear little resemblance to the promissory notes investors are familiar with: Buyers aren’t paid any interest.

Anyone can buy an electoral bond at the government-owned State Bank of India in denominations ranging from 1,000 rupees to 10 million rupees ($14 to $140,000). Afterward they are delivered to a political party, which can exchange them for cash. They don’t carry the name of the donor and are exempt from tax.

“Electoral bonds have made political parties completely beholden to unaccounted money, which could even be foreign money or money from dubious sources,” said Jagdeep Chhokar, the former head of India’s top business school and the founder of the Association for Democratic Reforms, a group that researches elections. “Corporate agendas can run the show.”

Finance Minister Arun Jaitley, who first announced plans for the electoral bonds in 2017, argued last year that they actually help improve transparency because they are banking instruments and every political party has to disclose how much it received. If full transparency is required, donors would go back to cash, he wrote in a January 2018 Facebook post.

For those in India worried about anonymous money in politics, the process for changing the laws has offered little reassurance that the new measures are an improvement.

India’s campaign finance overhaul began in 2017, when parliament approved an amendment that made it easier for companies to donate to campaigns, including removing a cap on corporate donations (the maximum used to be 7.5 percent of a company’s average net profits over three years). Now new firms can also donate to political parties, opening the door for shell companies to be set up expressly for the purpose.

Also eliminated were requirements for companies to disclose how much they donated and to which party.

The changes were introduced in parliament via a money bill, a measure that only needs to be passed by the lower house controlled by Modi’s ruling coalition and not the opposition-led upper house.

A similar tactic was used to pass with little debate rules that changed the definition of a foreign company. Previously, all subsidiaries of international entities were treated as overseas donors and not allowed to make political contributions. Now if a foreign firm has a stake of less than 50 percent in a company operating in India, that unit can fund Indian elections.

While several lawmakers protested the moves, analysts said the amendments will benefit both Modi’s Bharatiya Janata Party as well as the main opposition Congress party.

“Nobody from the opposition spoke up,” Rao said. “Maybe everybody realizes they stand to gain if they come to power?”

In 2014, the Delhi High Court found both major parties guilty of violating foreign-exchange laws when they accepted a donation from London-based commodities giant Vedanta Resources Plc.

(The suit, filed by a former top bureaucrat and the Association for Democratic Reforms, was against the political entities and Vedanta wasn’t a party. The company didn’t respond to request for comment. The BJP and Congress argued the donations weren’t foreign because the Vedanta units that channelled the money were registered under Indian law.)

The law passed last year changed the definition of a foreign company all the way back to 1976, effectively nullifying the court’s verdict because Vedanta’s overseas parent owned less than 50 percent of the Indian unit.

The government has defended the revisions, saying they were intended to align the definition of “foreign source” with the nation’s foreign direct investment policies, and other laws bar political funding from abroad. GVL Narasimha Rao and Nalin Kohli, representatives of Modi’s BJP, didn’t respond to requests for comment.

The latest official data show that Modi’s ruling party won the bulk of financing in the year ended March 2018, both through corporate donations and electoral bonds.

In 2018, electoral bonds worth about 10.6 billion rupees ($150 million) were purchased, according to data obtained under India’s Right to Information Act by Factly, a data journalism portal in India. About 90 percent were of the highest denomination available, which is out of reach for the average citizen.

India’s rules governing political contributions are looser than other major democracies. In the U.K., companies aren’t directly allowed to make donations to political parties. The U.S. allows unlimited funding through political action committees called super PACs on federal election campaigns, but requires them to disclose the names of donors. Milan Vaishnav, Washington-based senior fellow at the Carnegie Endowment for International Peace, who’s edited a book on Indian political funding, said he hasn’t seen an instrument like electoral bonds in any other country.