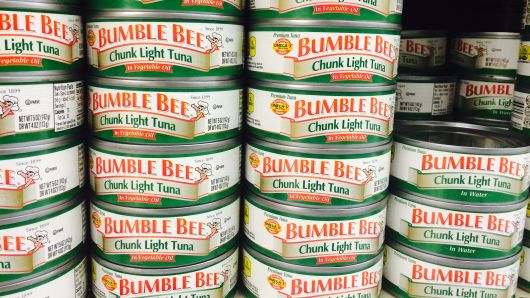 Millennials are killing canned tuna, but the industry is fighting back

Another one bites the dust. This time, millennials are killing canned tuna, according to a Wall Street Journal report.

Consumption of canned tuna has dropped 42 percent per capita from the last 30 years through 2016, according to U.S. Department of Agriculture data. And the industry places the blame on younger consumers, who want fresher or more convenient options.

“A lot of millennials don’t even own can openers,” Andy Mecs, the vice president of marketing and innovation for Starkist, said to the Journal.

The struggle of the three largest canned tuna companies, StarKist, Bumble Bee Foods and Chicken of the Sea International, mirrors that of others in the packaged food industry, like Campbell Soup and Kraft Heinz. Younger consumers are turning away from processed foods, and new competitors are catering to changing tastes faster than the industry’s giants.

To Ken Harris, managing partner at Cadent Consulting Group, the bigger picture is about convenience.

Harris, who has worked with canned tuna businesses, believes that the traditional companies have fallen behind because it’s a low-margin business and investing in packaging falls low on the list of priorities. The main priority for canned tuna companies now, according to Harris, should be packaging that makes it easy to remove and drain the tuna.

StarKist started re-thinking its product line-up in earnest about three to five years ago when the decline of tuna accelerated, Mecs said in an interview with CNBC. He remembered reading a newspaper article a few years ago about millennials recoiling from cereal because the bowl had to be cleaned. For him, the story reiterated how much consumers care about convenience.

Upstarts like Wild Planet Foods and Safe Catch market their tuna as safer and higher quality and are slowly eating into the big three’s market share, the Journal said. According to Nielsen data as of October, smaller brands (not including private labels) control 6.3 percent of the market, up from 3.7 percent in 2014, the Journal said.

To stage a comeback, the traditional tuna makers are taking a page from those brands. Bumble Bee and StarKist both have premium brands that they market as sustainable.

They’re also focusing on the products that are working. Tuna pouches don’t require a can opener, and StarKist told CNBC that sales of its pouches are increasing by 20 percent annually. For the first time, the Pittsburgh-based company sold more pouches than their most popular can size in 2018.

Kroger’s Home Chef, a meal-kit company, has partnered with the tuna brand to put its yellowfin tuna pouches in kits next year.

Bumble Bee and StarKist have also turned to flavors favored by millennials, like sriracha.

Chicken of the Sea is pitching it to younger consumers as a snack. The San Diego-based company started selling resealable cups of its flavored tuna this summer.

Bumble Bee and Chicken of the Sea weren’t immediately available for comment when CNBC reached out.