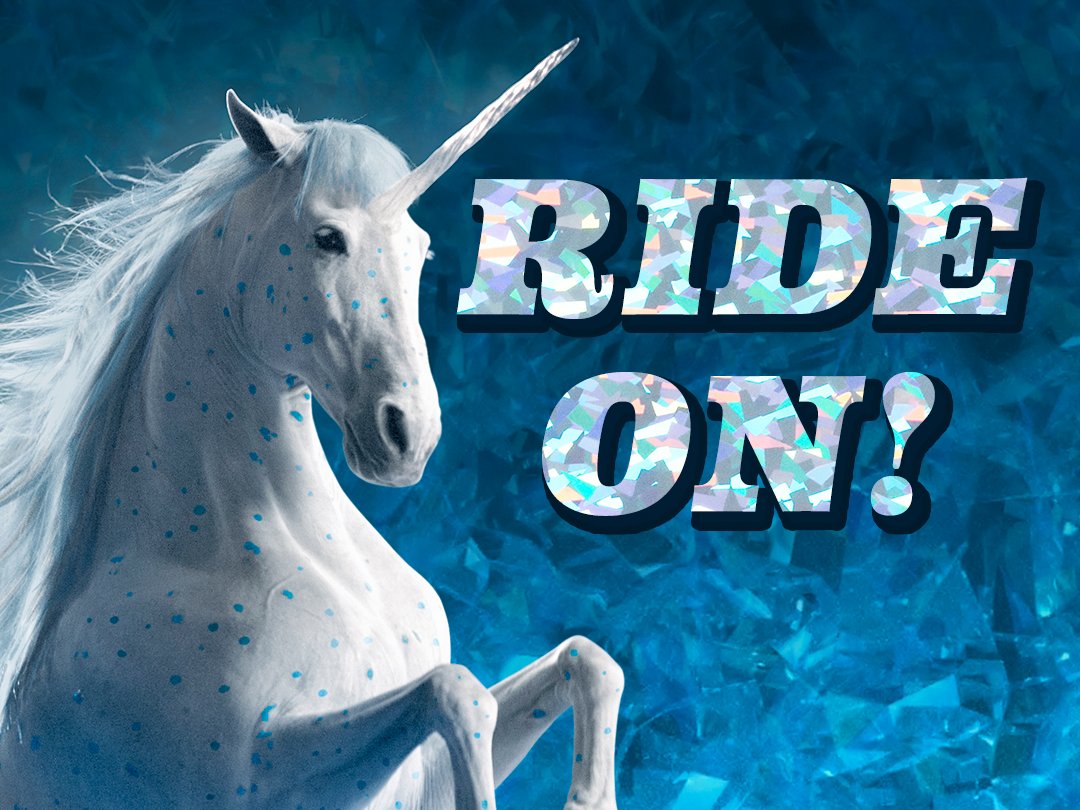 The “majestic unicorn” is trending, according to Hershey, with the company calling the animal “the spirit animal of millennials.”

“One of the things we started to notice that unicorns were popping up a lot in culture,” Bill Blubaugh, Hershey’s senior director of sweets & refreshments, told Business Insider. “Unicorns really now represent self confidence, individualism, the ability to achieve personal greatness.”

While the claim initially feels like a stretch, it’s one backed by extensive research at Hershey. The company is putting its money where its mouth is, with a new ad campaign for Ice Breakers starring – what else? – a unicorn.

However, instead of fantasy adventures, these unicorns are preoccupied with issues such as female empowerment in the workplace.

In the first commercial in the “Break Through” campaign, a young woman asks her apparent new boss for three weeks of vacation. When her boss says two weeks is the standard, she pops an Ice Breaker. A unicorn comes whinnying through the glass wall, inspiring the woman to tell her boss: “I’m not standard. Three weeks.”

Clearly, Hershey believes that unicorns represent millennials’ values, which translates into where they spend their money.

“We realized this is more symbolic of personal accomplishment, individualism, achievement, being your best, and really that your dreams can come true,” says Blubaugh. “And this generation believes that, certainly more than other generations.”

So, not only is the unicorn trendy – it’s a representation of millennials’ state of mind and how they spend money.

The Ice Breakers ad is not the only indication that there’s a unicorn-centric trend brewing.

Polar Seltzer released “Unicorn Seltzer” as an April Fools’ Day treat, with consumers reporting the limited-time flavor was alternately fruity, vanilla-infused, and “like a nice version of the stuff they give you at the dentist once you wash your mouth out.”

More widely, the unicorn has been popping up in pop culture as a costume of choice for celebrities from country star Blake Shelton to future Bachelorette JoJo Fletcher.

Then, there’s the world of tech startups. A unicorn is a startup with a valuation of more than $1 billion – the subject of both celebration andcontroversy.

Even the scientific community is buzzing about unicorns. In March, the American Journal of Applied Science published a study that revealed the “Siberian unicorn” may have coexisted with humans. While this unicorn was certainly ambitious (surviving more than 300,000 years after they were thought to have gone extinct), they were far less aesthetically pleasing than the stereotypical unicorn, as it looked like a hairy rhino.

Objectively, Google Trends indicates that unicorns are hotter now than they have been since 2005.

And, more people are celebrating National Unicorn Day than ever. According to Hershey, there were 397 times as many mentions of National Unicorn Day on Twitter this year compared to 2015 – a fortunate boost for Ice Breakers, which both tapped into and encouraged the trend by promoting the hashtag.

However, at the end of the day, Hershey doesn’t necessarily need unicorns to be trending. Ice Breakers are already hot on their own.

The company reports the Ice Breaker brand has been an especially well-performing brand in both gum and mint categories. “We’re one of the strongest millennial brands in the category,” says Blubaugh. “The category, especially mints, tends to be a little older… We’re the new brand, we’re the young brand, and people become accustomed to us bringing them new and different refreshment experiences.”

Whether it’s trending or not, the unicorn will be a major presence in Ice Breakers marketing in the coming months. Expect the Ice Breakers unicorns to be popping up to confidence boosts on TV, as well as Ice Breakers’ Twitter, Instagram, and Tumblr, with more #UnicornMoments.