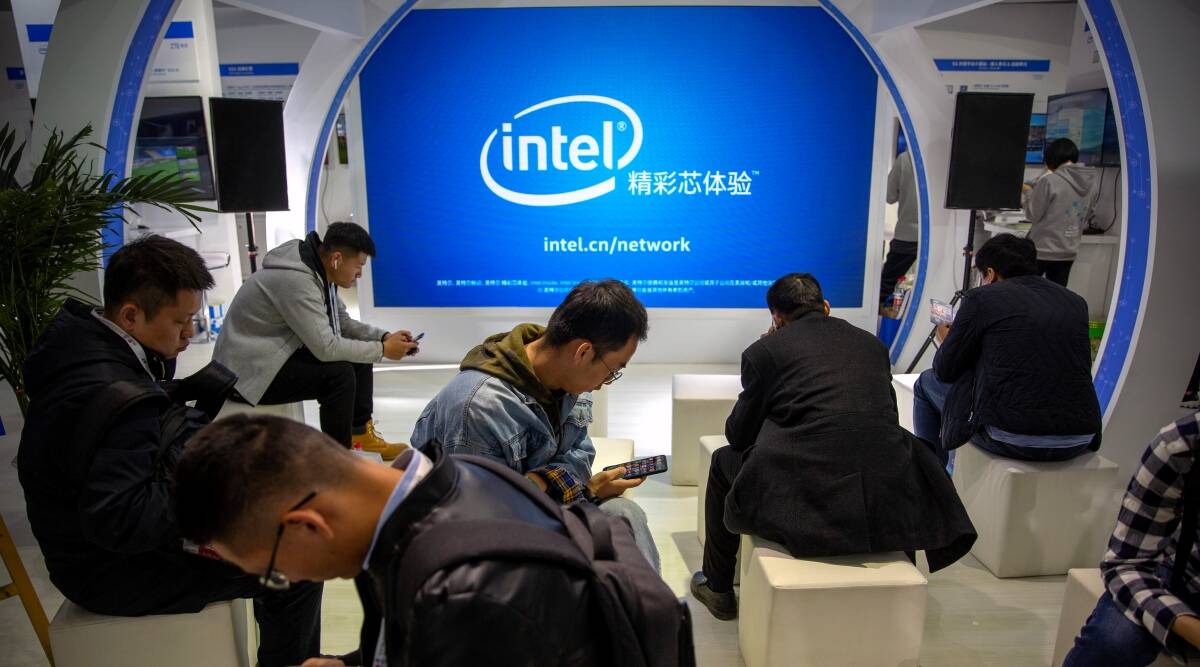 Intel Corp. apologised in China on Thursday for asking suppliers to avoid sourcing goods from Xinjiang region. Intel joined the list of other foreign brands, that face the fury of state media, over complaints of abuses by the ruling Communist Party in the Xinjiang region.

Intel’s request was “arrogant and vicious,” said Global Times, a newspaper published by the ruling party.

The reference to Xinjiang in a letter to suppliers was aimed at complying with US regulations, Intel said on its social media account. Washington has barred imports of goods from Xinjiang over complaints of mass detentions, forced abortions and forced labour, which Beijing denies.

“So-called forced labor and other allegations on Xinjiang are completely lies concocted by anti-China forces,” said Zhao Lijian, a foreign ministry spokesman. He called on Intel to ‘respect facts and tell right from wrong.’

Some online commentators called for a boycott of Intel products.

Intel processor chips are used in smartphones, computers and other products.

The letter caused “concerns among our cherished Chinese partners, which we deeply regret,” said Intel in its statement.

Other companies including retailer H&M and shoe brand Nike have also been targeted for criticism and faced calls for boycotts after expressing concern about Xinjiang or saying they would stop using materials produced there.

The Chinese government rejects complaints of abuses in Xinjiang, but companies say they are unable to carry out independent audits of factories and other workplaces.

Pop singer Wang Junkai, also known as Karry Wang, announced Wednesday he was pulling out of a deal to act as ‘brand ambassador’ for Intel’s Core line of processor chips.

Wang’s move is a “fresh warning siren to Intel and other foreign companies that seek to undermine China’s core interests while also trying to profit from the vast Chinese market,” said Global Times, which is known for its nationalistic tone.

Singers, actors and other celebrities have broken ties with foreign brands that were targeted for criticism over Xinjiang, giving up millions of dollars in income to protect their careers from official retaliation.

Tension over Xinjiang has risen in recent times as activists had called for a boycott of February’s Winter Olympics in Beijing, a prestige project for the ruling party. The White House said that the United States won’t its send dignitaries. Beijing on Wednesday barred four members of a US government religious freedom panel from China in retaliation for sanctions imposed by Washington on two Xinjiang leaders.

Xinjiang is a major supplier of silica used in making computer chips. Intel has a chip factory in Dalian located in northeastern China – it’s the only one in Asia and one of the four outside the United States. The company also has a research facility in Beijing.

Criticism by state media might prompt consumers to look at products based on chips from other suppliers. But there are few alternatives. These include Advanced Micro Devices Inc. of the United States for chips in desktop PCs and servers and Britain’s Arm Ltd. for smartphones.

The Communist Party has spent billions of dollars to build a Chinese chip industry and reduce reliance on the United States, Taiwan and other suppliers. But its manufacturers are far from achieving the level of precision required for the most advanced chips from Intel and other global suppliers.