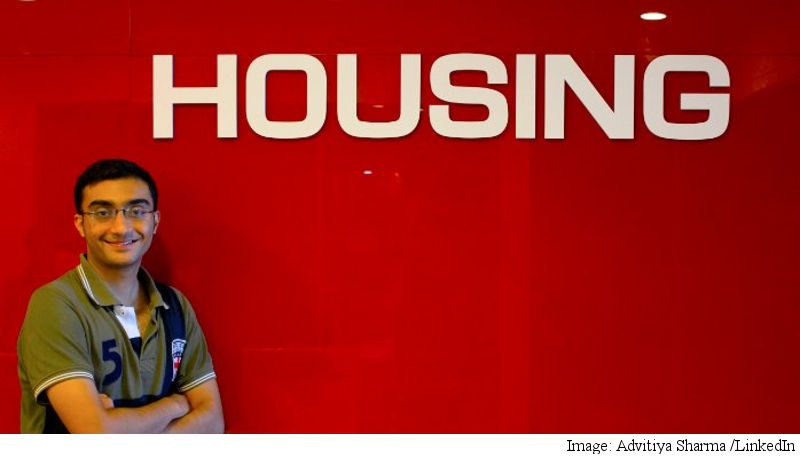 Advitiya Sharma, co-founder and former board member at property listings platform Housing.com, has quit the company to start a new venture. The development was reported on Wednesday, as an internal email marked to CEO Jason Kothari and Housing.com employees.

“It is with great attachment that I choose to detach, and walk a different path,” writes Sharma in the letter that was circulated online.

In the mail he expresses his regrets on the layoffs in November 2015, calling the experience excruciating. “We had to shut down few departments, and rethink our vision. It meant letting go of many people we had worked with, been friends with. People who believed in our vision as much as we did. […]They will always have the life-long gratitude of a grateful entrepreneur,” he said.

Sharma’s departure comes eight months after the controversial exit of another of Housing.com’s co-founders, Rahul Yadav, who has gone on to found Intelligent Interfaces – an e-governance startup.

Housing.com had last secured an additional Rs. 100 crores in funding from its lead investor, Japan’s SoftBank Corp in January 2016. Prior to that, Housing.com had raised $90 million (roughly Rs. 604 crores) in November 2014, when SoftBank had acquired a 30 percent stake in the company.

“It feels like we reached the semi-finals and lost this time,” Sharma is quoted as saying. Another news report states that Sharma will take a vow of silence and practice vipassana for ten days.

“Advitiya has played an invaluable role in the birth of Housing. It’s always hard to say bye to a friend and colleague, but we’re excited about what he will create next. The Company is successfully executing its plan to become the most trusted, transparent and efficient place for buying and selling homes in the country, and Advitiya can be rest assured that Housing is in good hands,” said Jason Kothari, CEO, Housing.com in an emailed statement. Six other co-founders now remain with the company.