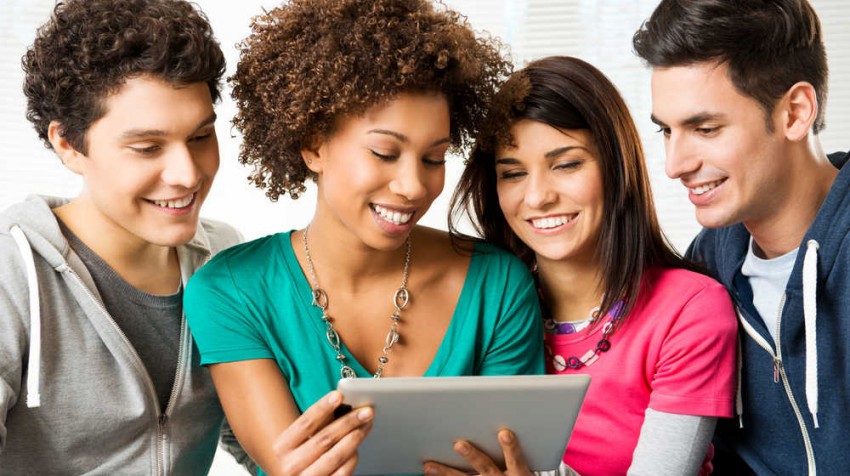 It was a big week for mobile device providers. Apple made the long waited announcement about its latest smartphone and first smartwatch. And Samsung, HTC and Sony also announced new devices and features. Since more and more businesses are operating on the go, this new crop of mobile devices will certainly have an impact. Read on for more stories from the Small Business Trends editorial team and be better informed for running your business in the week to come.

Alongside its two new iPhones, Apple introduced its first truly wearable device, Apple Watch, on Sept. 9. The first smartwatch from Apple does just about everything a user might expect from such a device. Apple Watch will run a miniature version of an operating system on a single chip. It will be able to send and receive messages as well as make and receive calls.

iPhone users, your day has finally arrived. Apple just introduced the much-anticipated iPhone 6 at an event near the company’s Cupertino, Calif., headquarters. Actually, Apple introduced a pair of iPhone 6s (pictured below). One is the latest generation in the iPhone line. The other is what could be considered a phablet, what Apple is calling the iPhone 6 Plus.

Samsung Introduces a Tech Necklace for Taking Calls from Your Smartphone

Wearable technology is not a brand new concept. But now it’s more than your wrist that can be adorned with smart technology. Samsung just announced a new wearable device called the Samsung Gear Circle, which is basically a necklace that pairs with the user’s smartphone. The Gear Circle includes a set of headphones worn around the neck like a collar.

Those who work increasingly on the go are getting ever better equipment to work with. Take, for instance, the new 9-inch Google Nexus tablet expected from HTC. No formal announcements have been made just yet on what HTC’s Nexus tablet will look like or what it might be able to do.

Sony has introduced its new flagship smartphone, the Xperia Z3. The company is touting this smartphone’s larger and more vivid screen size, it’s durability, and high-powered camera as the device’s more impressive features. The Sony Xperia Z3 is Sony’s closest answer to a phablet today. The flagship smartphone for the company has a 5.2-inch full HD 1080p display and a 20.

The U.S. Postal Service is lowering package rates — dramatically in some cases — in an effort to capture e-commerce business. The Postal Service has notified the Postal Regulatory Commission that it intends to change the cost of Priority Mail shipments.

How to Motivate Temporary Employees to do Their Best

According to a report (PDF) from the National Employment Law Project, the number of U.S. workers working in temporary jobs has reached an all-time high of 2.8 million people. As the holiday shopping season approaches, your small business might be planning on hiring some temporary workers.

If you like pizza, there’s not much about the pizza eating experience that needs to be improved. But if you are committed to recycling and sustainability, there is at least one area that you might say could use some work – pizza boxes. Pizza boxes are cumbersome and require a lot of finagling to fit into refrigerators and standard trashcans.

Nina Yiamsamatha of Foursquare: Future of Global Search is Personalized and Local

Recommendation sites like Yelp, Travel Advisor and others have become a major influence on what people end up buying when they search for goods and services. And while the results are very helpful, the recommendations on these sites are not personalized to the specific context of a unique individual’s circumstances.

Jordan Austin was just a 21-year-old looking for a way to treat his own acne. It isn’t an uncommon story. But this nursing student actually took action to create something that worked, rather than just hoping there was something out there that would work. Now, Plexylabs, currently with three employees, is a family business that produces the natural acne treatment.

As Jonathan Davids, founder of influencer marketing platform Influicity recently explained to Small Business Trends contributor Brent Leary, YouTube is becoming an important place for brands to connect with customers. But it can also be an important place for small business owners and entrepreneurs to learn more about building and running their companies correctly.

YouTube marketing has become a task on the top of many priority lists for companies this past year. Videos are easier to digest for consumers and can be much more interactive, so it’s no surprise that YouTube is becoming more popular for educational and informative videos.

25 Actionable Tips on How To Start Using Pinterest For Business

There are 53 million unique monthly Pinterest users in the United States, and Forbes reports that is about 22% of all Americans, ahead of Twitter at 19% and about equal to LinkedIn. When it comes to marketing on Pinterest, many businesses are stuck and don’t know where to start.

Google is retooling its Enterprise Cloud Services with a new name and better accessibility for smaller businesses. Google has renamed its enterprise platform Google For Work. On the Google Official Blog, Eric Schmidt, the company’s executive chairman introduced the new services.

You’ve heard that the Web has become more visual and great images in your business website are important. But those images may be the scourge of your website visitors. Images account for 1MB out of the 1.7MB the average web page contains.

Answers About Free Wireless at Airports for Modern Travelers

The use of laptops, smartphones, and tablets is on the rise, and airports are enticing tech-savvy travelers by offering wireless Internet access. The Department of Transportation reports that only 77 per cent of U.S. flights arrive on time.

Toshiba’s latest crop of Chromebooks offers one model with better processing and better screen quality than most of its competition – the Toshiba Chromebook 2. The Chromebook 2 from Toshiba with those improved specifications will set you back a little more than the average, however.