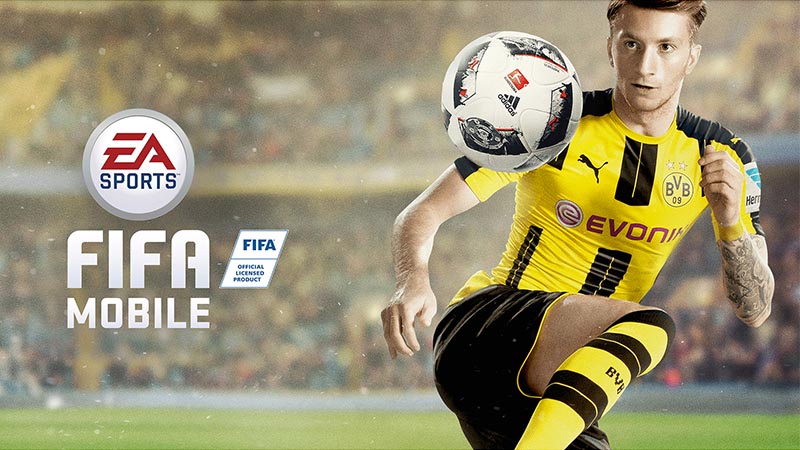 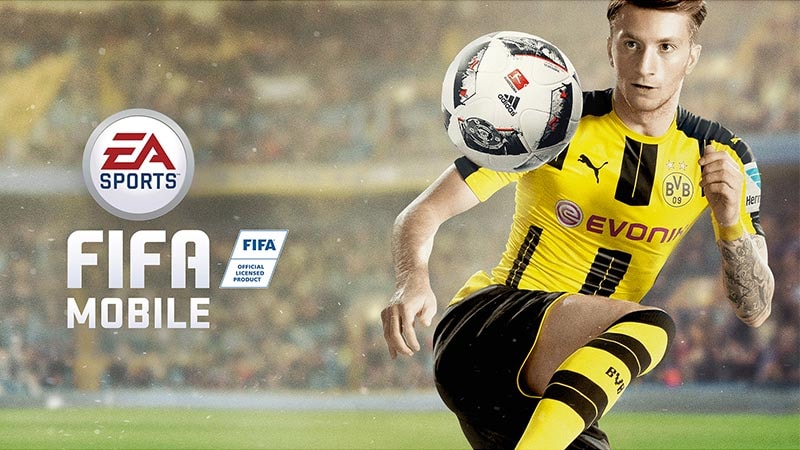 FIFA Mobile Review
HIGHLIGHTS
FIFA Mobile is available on Android, iOS, and Windows Phone
The game is free-to-play, with in-app purchases
New features include Attack Mode, Plans, and Leagues
As a studio, EA Sports has more or less perfected the recipe for a great football game on consoles and PCs. But it has been a very different story on mobile devices. What was once a straight console port turned into an Ultimate Team-only thing in recent years, and both approaches failed to impress players. So this year, we have the all-new FIFA Mobile – a departure from the year moniker attached to its big brother, FIFA 17.

Put the two alongside each other and it immediately becomes obvious where the UI and UX for FIFA Mobile has been lifted from. And this inspiration continues into the gameplay. There are three new mobile-exclusive features in the touch-based FIFA, and not one of them have anything to do with what you’d associate with a regular football match.

The biggest, and most prominent, addition is Attack Mode. Understanding that most mobile gaming happens on the go, EA has divided a 90-minute game of football into four chunks to facilitate short periods of play. And to take the problem of latency out of the equation, the new mode is turn-based and asynchronous. The entire focus is on scoring as many goals as possible, from a variety of scenarios the game provides. Each scenario lasts as long as you’ve possession. Once you give the ball away and the opposing defenders clear it across the halfway line, the chance is lost. While most scenarios are randomised open-play chances, you will also get some set-piece opportunities when you are fouled or have a shot saved.
As interesting as this may sound on theory, the execution feels lacking. One of the primary reasons is down to the precision of controls, or lack thereof. FIFA Mobile has two control schemes – on-screen buttons, and a gesture-based system, which are better described as hands-on and hands-off respectively. With the first, you get a virtual stick to control direction, and three other buttons to pass, tackle, and shoot. With the hands-off approach, the game does everything itself – from dribbling past defenders to deciding when to pull the trigger. To get involved, you can tap a player to pass the ball to him, or flick with your finger towards goal to attempt a goal.

The good part is that the two schemes co-exist, allowing you to have as much as control as you wish. The bad bit? Neither is particularly accurate, and given that your fingers tend to take up too much screen real estate, it leaves you with the feeling that you’d be better off with a physical controller (or playing the game on a tablet, if you carry one around). Unlike with previous games, EA hasn’t said anything about controller support unfortunately. The lack of precision with the virtual stick meant that we felt more comfortable leaving dribbling to the AI itself, only intervening when we spotted a good opportunity to pass or shoot.

Another problem with Attack Mode is that football isn’t clearly suited to being stripped down to its fun essentials – scoring goals. Keeping possession, creating space around defenders, and staying in shape while defending are arts in themselves, and devoid of those FIFA Mobile feels like a fractured experience. For what it’s worth, you can still play a full game of football in Season, though the rewards are better in other modes.

There are bigger issues afoot elsewhere. The second of three new features is called Plans, which lets you take unwanted items and put them in a deck over time to earn in-game rewards. Honestly, it would fit better in a collectible card game than here. If you win a new Colombian player, you can either upgrade your team or store him in a “Colombia” plan. And once you have 3 more like him and a Colombia Cup, you will get a “Silver or better” player from Colombia – who may or may not be James Rodriguez. It’s a tempting prospect, but one that realistically could take a while to achieve.

The player and item cards you need to fulfil these Plans come from participating in all kinds of events, with a heavy focus on Live Events, which keep changing over time. Live Events typically involve a mix of Daily Warm-Up – the particulars change every day; Drills – dribbling while avoiding a couple of defenders; Top Transfers – hitting a moving target; and so forth.
In addition to cards, completing these events also nets you coins. These can be used at the Store to redeem player packs just as in Ultimate Team, with convenient placement of other packs that can be bought only using FIFA Points, an in-game currency bought using real money. The monetising feature is present in the paid-upfront version of FIFA, so it’s no surprise that EA has decided to include it in the free-to-play FIFA Mobile.

That brings us to the third new feature – Leagues. As is obvious from the name, you can create your own or join other leagues, which then allows you to compete for championships and prizes exclusive to league tournaments. Games are fashioned on Attack Mode, and winners are decided by the aggregate of goals scored by every participant. There’s no cooperative action on the pitch though, so if you were looking for that, you’re better off sticking with FIFA 17.

And that does speak to the larger problem herein. In all the time spent with FIFA Mobile since it launched last week, we kept reflecting on how the experience would be infinitely better if we were playing FIFA 17. EA Sports’ new mobile attempt at football is nothing like its elder counterpart. It looks completely different, thanks to borrowing from Madden NFL Mobile and not FIFA 17’s black and yellow colour scheme and flat polygonal aesthetic. The tap and flick controls are nice to have, more so for newcomers, but the game engine is too clunky and gameplay too bland.

It sounds a bit harsh to compare mobile gaming to console quality, but it’s something we keep getting promised from device manufacturers every year. As is glaringly obvious, we are nowhere close, at least not with FIFA. If you want football action on the go, better options abound – although the best ones tend to be more managerial.

FIFA Mobile, in its current state, remains one for the fanatics. For EA Sports, it’s back to the drawing board.

A word about FIFA Mobile’s download size
In its announcement, EA Sports touted how it had managed to shrink the download size to under 100MB. And that’s true, the game occupied 96.8MB of storage on install. But here’s the catch: as you play, FIFA Mobile will download assets as and when it needs. So after five days of usage, the game has ballooned to 211MB on our testing device, effectively more than double in that time. It has only downloaded 4.3MB in mobile data though, so you only have to keep this in mind if storage space is an issue.

Controls tend to be inaccurate
Attack Mode can be too barebones
Sometimes feels like a collectible card game
Looks more like Madden NFL Mobile than FIFA 17
Game engine betrays mobile capabilities
Rating (out of 10): 5

We played FIFA Mobile on an iPhone 6 Plus. The game is available for Android, iOS, and Windows Phone.