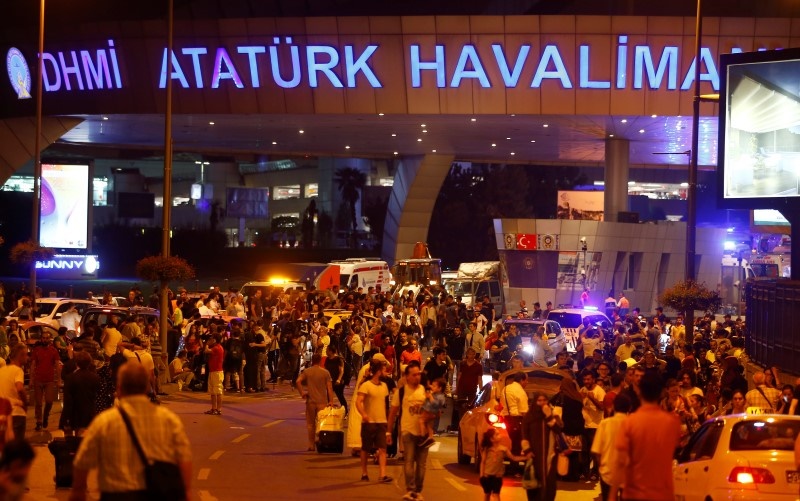 The bombing dominated social media on Tuesday, with #Istanbul trending worldwide on Twitter, along with #terorelanetolsun (a cursing condemnation of terrorism in Turkish) and Ataturk Havalimani’nda (‘at Ataturk airport’ in Turkish). #PrayforTurkey was also trending, Fox News reported.

The feature allows people to notify their friends if they are in the affected area and mark themselves as safe.

A click or tap on the “I’m Safe” button lets friends and loved ones know straight away. Users can also check to see whether their friends are safe too.

Addressing the press at the airport, the premier said the attacks were carried out by three suicide bombers and all blew themselves up. US officials said the attack bears the hallmarks of IS because of the target and method.

Turkish President Recep Tayyip Erdogan said the attack should serve as a turning point in the global fight against militant groups.

“The bombs that exploded in Istanbul could have gone off at any airport in any city around the world,” Erdogan said.

Facebook’s Safety Check feature, launched in October 2014, has now been deployed on several occasions, including the November 2015 Paris attacks.

Earlier this year, Facebook activated its Safety Check feature for users in the aftermath of the the mass shooting at a gay nightclub in Florida in which 50 people were killed.

In March, Facebook had to apologise after a bug turned its “safety check” feature into a breaking news alert for all users after a powerful blast ripped through a public park in Lahore, killing 69 people.

In the case of Lahore terror attack, people nowhere nearby, or even near Pakistan, received notifications.

In fact, people as far as New York city, South Africa, Nepal and Canada tweeted about receiving the “Safety Check” notification activated after the Lahore bombing.