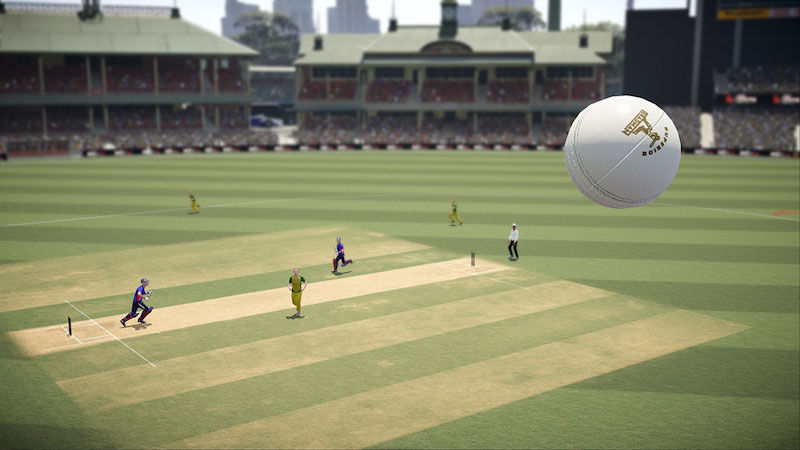 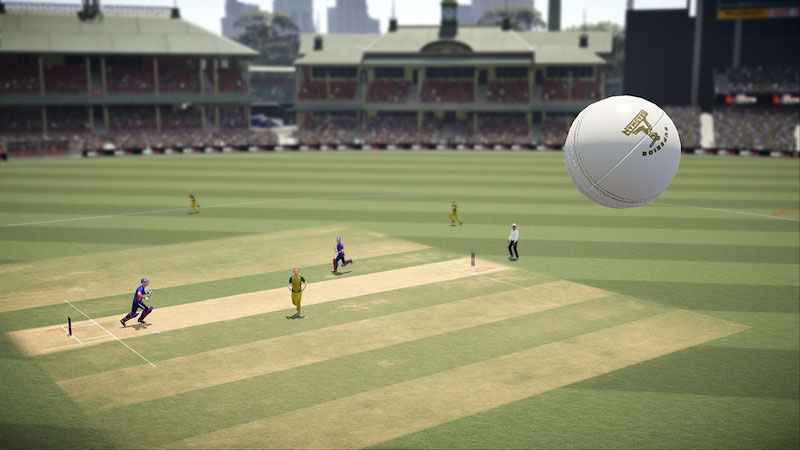 HIGHLIGHTS
Don Bradman Cricket 17 is on PC, consoles
It takes time to master batting and bowling
The difficulty level is fairly challenging
There’s a serious dearth of good cricket games for PC and consoles. Since cricket virtually doesn’t exist in the US, the number of people who’d pay for a high-quality AAA cricket game is a lot lower than those interested in games based on ice hockey, basketball, or football. Markets such as India have a large number of potential players but not enough who own consoles or PCs.

Don Bradman Cricket is one of the only cricket games for PC and consoles, with practically no competition. The latest iteration is out now for the PlayStation 4, and will soon be available for PC. We played the game on the PS4 for this review.

If you’re expecting FIFA-like production quality for this game, you need to lower some of those expectations. First up, Don Bradman Cricket 17 doesn’t have licences for players or kits. This means that Virat Kohli’s name in the game is Vagisa Kallis and someone called S. Singh plays for Sri Lanka.

(Also see: Don Bradman Cricket 17 – What to Know Before You Buy)
In theory, there’s an easy fix for this. The game shows a pop-up and asks you if you want to replace player data with user-created data. With earlier versions of the game, this always fixes the problems, but it caused the game to freeze when we tried. Hopefully the feature will start working once more players have the game.

This isn’t an easy game. Those hoping for a game where you can hit every ball out of the park need to brace for a proper challenge. Don Bradman Cricket 17 has complex controls that give you full control over the batsman or bowler, and we spent around 45 minutes just playing through the tutorials for both.

Don Bradman Cricket 17 is an absolute treat for those who love the art of bowling. You can bowl everything from an in-swinging yorker to a flighted doosra. Pace bowlers can control length, pace, pitch, and swing, while spinners can choose from turn, bounce, flight, and whether they want to put in more effort into a particular delivery.

All of this means that bowling is genuinely hard to master. We weren’t able to pull it off during our test period. For every perfect out-swinger that landed on good length and drew an edge, we found ourselves bowling a delivery so wide that even fourth slip couldn’t reach it. Experienced players might be able to consistently bowl tight overs and wicket-taking deliveries, but new players may just find themselves using the game’s Simulate option, to avoid bowling.

The controls are a part of the reason why bowling is so hard. You could find yourself hitting around six to eight buttons to bowl just one ball, thanks to the number of things you can control. Spin bowling is a little easier than pace, so if you’re a new player looking to stem the flow of runs, you might want to try that.

Batting is comparatively easy but you can’t get away with trying to hit the same shot every ball. You will be able to rotate the strike and take singles easily but scoring big shots is tough even on easy difficulty. We did enjoy batting more than bowling but we were forced to return to the tutorial repeatedly because the game is one of the most complex cricket games we’ve experienced.

(Also see: Don Bradman Cricket 17 Release Date for PC Announced)
You’ll have to alter your shots based on the length of the delivery and footwork is as important as shot selection. You won’t get away with trying a front-foot straight drive against a short delivery.

Fielding in Don Bradman Cricket 17 is terrible. There’s no other way to describe it. We were on semi-assisted (default) fielding settings throughout the review period, and noticed some real bloopers. Fielders never seemed to attack the ball, so plenty of catching opportunities turned into easy singles for the batting team. In one instance, a batsman lofted the ball towards deep square leg. The fielder there moved two steps ahead and fielded the ball after it bounced once. In modern cricket, every player would run towards the ball and attempt a catch.

No matter what key we pressed, fielders in this game just didn’t improve. Similarly sometimes bowlers would pull off stunning catches off their own bowling and at other times they’d let balls pass by without even attempting a catch. Players would watch the ball slowly go past them and pick it up when it was near the boundary. If they’d just attacked it when it was nearby, they’d save many runs. Fielders at point wouldn’t dive for catches and instead run towards the boundary and pick up the ball there. Once a fielder picked up the ball and ran across the boundary. In many ways, the fielding undoes the appeal of batting and bowling.

Even if you look past these flaws, the game’s graphics leave a lot to be desired. Anyone paying Rs. 3,999 for this PS4 game doesn’t deserve to be treated to PS3-level (or worse) graphics. Perhaps the PC version will look better but we’re not expecting much. Player likenesses are nonexistent. You could swap player faces and not notice the difference.

Basics like camera angles, player motion, and ball movement are quite disappointing. When you hit a ball towards the boundary, there’s no way to check if the ball is going to cross the fence. A pop-up with a secondary camera should show the ball as you’re running between the wickets. Alternatively, the pop-up could show batsmen running and the majority of the screen could focus on the ball.

Sometimes we hit a ball and had no clue where it went. We realised later that it went outside the area covered by cameras. If the camera had panned just a little, we’d have been able to see the ball. Replays sometimes look fabulous, such as when you land a perfect arm ball and it smashes the stumps. Then you’ll see the stump camera and notice that the stump is half buried into the ground or looks like it’s been torn into pieces and wonder whether this is a PS4 or a Windows 98 PC.

(Also see: Don Bradman Cricket 14 Review: If Cricket Is a Religion, This Is Prayer)

If you are going to be playing Don Bradman Cricket 17, you’ll do so because it’s a genuinely challenging cricket game. There are plenty of game modes to keep you engaged. You can start a player’s career and defend like your life depends on it in a test match or start a five-over game and try to smash every ball for a six. There’s enough variety here to keep you hooked for quite some time. If the graphics and fielding were better, we’d find ourselves recommending this wholeheartedly. As things stand, we can’t recommend it unless you’re a cricket fan who wants to play a cricket game on PC or consoles.

We played Don Bradman Cricket 17 on a PS4. It’s available on Xbox One and coming to PC early next year.