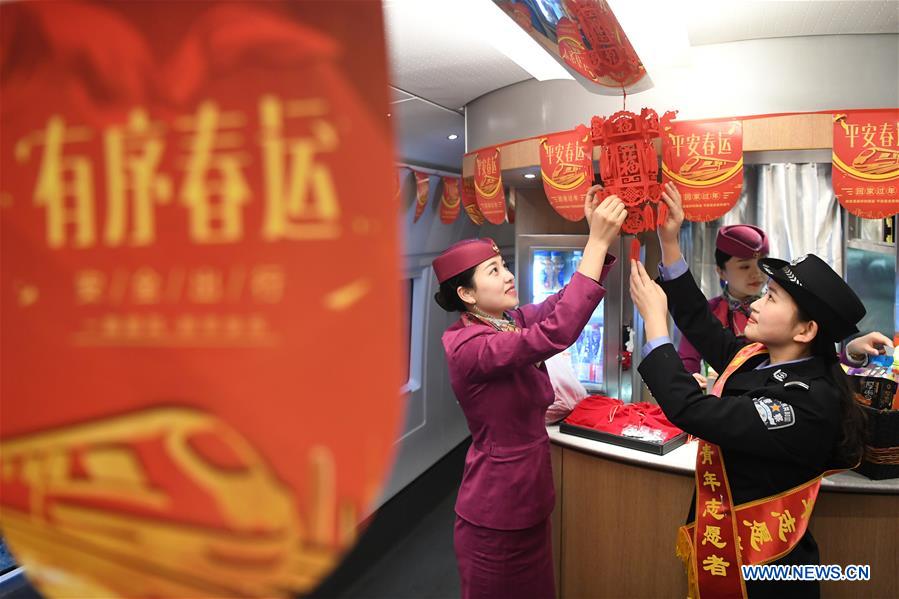 BEIJING: China, the world’s most populated country, on Friday ushered in its largest annual migration, 15 days ahead of the Spring Festival, or the Lunar New Year.

There will be three billion trips during the travel rush from Jan. 10 to Feb. 18 for family reunions and travel, slightly up from that of last year, according to a forecast from the National Development and Reform Commission (NDRC).

NDRC predicted an 8-percent growth in train trips, an 8.4-percent increase in air trips and a 9.6-percent hike in waterway trips.

The 40-day travel rush is known as chunyun in Chinese. The Lunar New Year falls on Jan. 25 this year, earlier than previous years, which brings a bigger challenge to the transport system as the return trips of college students overlap with the travel rush.

Over 300 million train tickets have been sold for the Spring Festival travel rush after the presale started on Dec. 12, 2019, said China’s railway operator.

With the operation of a new airport and several new high-speed railways, travel through China’s capital city of Beijing has become more convenient.

Flights to hot domestic destinations from the Beijing Capital International Airport are northeast Chinese cities famous for ice and snow tourism and southern vacation cities which enjoy warm weather in winter. While Japan and Southeast Asian countries are popular destinations for outbound tourists.

In addition to the new air hub, the Spring Festival travel rush is also the first major test for the high-speed railway service connecting Beijing and Zhangjiakou, which has been in operation for only 20 days.

The train service reduces the travel time between Beijing and Zhangjiakou from over three hours to 47 minutes.

The company’s data showed that the majority of ticket buyers were born between 1980 and 1999.

It monitored that the travel rush will witness the first peak time of passenger flow on Jan. 21 and a reverse flow peak on Jan. 30 and Feb. 9, respectively.

Two-thirds of the tourists who placed their orders on Trip.com will travel with their children or parents for the festival, a traditional occasion for family get-togethers.

NDRC’s forecast said due to the continued expansion in high-speed railway operational length, the number of road trips is expected to decline during the festival travel.

China’s high-speed railway network tops the world with an estimated length of 35,000 km by the end of 2019, according to China Railway. Bullet trains handled 2.31 billion passenger trips in 2019, representing a 3.4-fold increase from 2012.