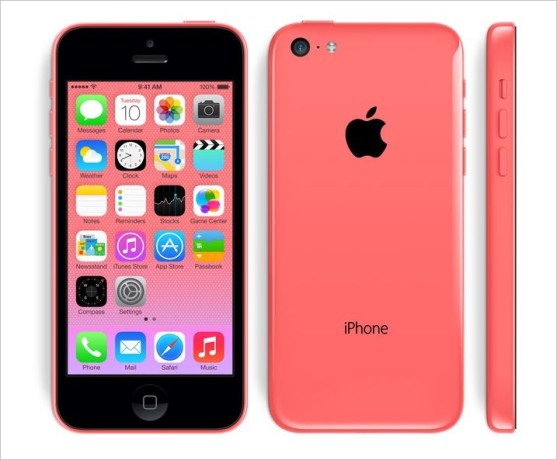 If you missed the news this week, there’s likely a lot you’ll need to catch up on. We’ve got you covered. Check out this quick run down of all the stories most critical to your small business. From the worlds of mobile and software technology, social media, marketing and finance, the Small Business Trends editorial team gives you the information behind the stories and more on how they affect you.

The $99 iPhone shows new direction. The iPhone 5c is here. And, despite the new low price and plastic shell, many insist it’s just a recasting of Apple’s iPhone 5. But that new low price will definitely be a draw for many small business owners. Have a look.

The new flagship iPhone has a powerful new processor. And lest you thought Apple was only making budget phones now, the iPhone 5s may change your mind. Some call it a mere tweak at a high price, but with a better processor, better camera and other features, it could make working mobile much easier.

Apple launches in-store trade-in program. This is actually an expansion of an existing program already run by Apple through its website. That program offers trade-ins for a lot more than just smartphones. Still, it could be convenient to upgrade your iPhone with a simple trip to your nearest Apple Retail Store.

Walmart starts a trade-in program too. The mega retailer joins the party, launching a smartphone trade-in program less than two weeks after the well-publicized similar move by Apple. It seems those used smartphones in your office are of some value after all.

Galaxy Gear is the latest smartwatch. Move over Dick Tracey! Samsung’s first stab at the smartwatch market has a camera on its wristband and will let you make a voice call…assuming it’s tethered to your smartphone. The question is whether it’s a gadget your small business really needs or could just as easily do without.

The new Kindle Paperwhite arrives. Amazon says the new device offers 25 percent faster processing speed. That means faster page turning and an experience closer to that of reading a traditional book. But what will be most helpful to the mobile entrepreneur may be the extra long battery life.

Windows 8.1 heads to developers. The new Windows upgrade has more than just the return of the iconic start button. There’s also greater integration with Microsoft’s SkyDrive cloud storage. Read about what’s reported to be an easy and secure sign in to virtual private networks and better control over company data.

New Apple mobile operating system due Sept. 18. The new iOS 7 for the latest crop of Apple smartphones will be available before iPhone 5c and iPhone 5s hit retail shelves or online stores. But what may be more interesting than what is featured in this new mobile operating system is what was left out. See details and a video walk-through here.

Twitter will acquire mobile ad platform MoPub. Specifically, the microblogging platform says it will acquire the mobile ad exchange for $350 million. Twitter hopes the company’s expertise will help bolster its own ad platform. That could include integrating MoPub’s real-time bidding technology.

Grumpy Cat forecasts the weather. There seems no end to the marketing potential of the sad sack feline who goes by the nickname Grumpy Cat. Of course, this kitty, real name Tardar Sauce, isn’t just a face. She’s become a meme. And the mere mention of her famous Internet moniker can sell anything from coffee drinks to weather apps like this one.

Capital spending remains weak. Capital expenditures refer to spending on assets that will benefit a company for more than a year. And they’ve declined by 35 percent since the Great Recession started says Scott Shane, Professor of Entrepreneurial Studies at Case Western Reserve University.