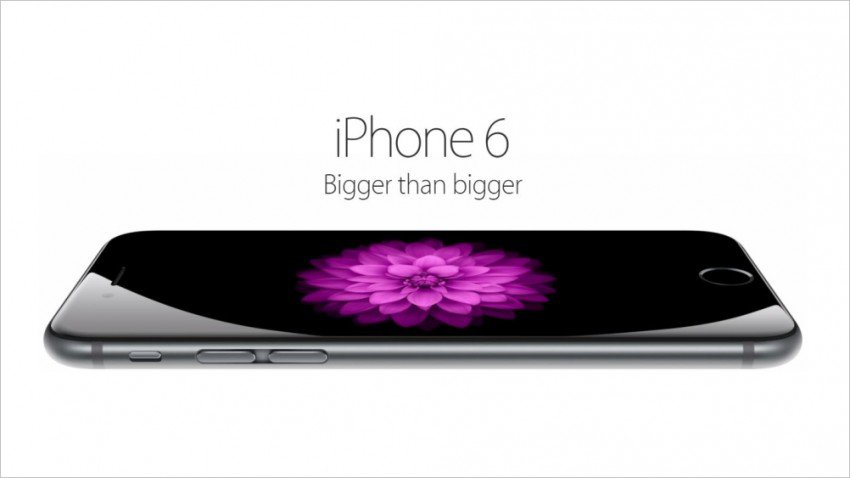 iPhone users, your day has finally arrived. Apple just introduced the much-anticipated iPhone 6 at an event near the company’s Cupertino, Calif., headquarters.

Actually, Apple introduced a pair of iPhone 6s (pictured below). One is the latest generation in the iPhone line. The other is what could be considered a phablet, what Apple is calling the iPhone 6 Plus.

In an official release on the Apple website, company CEO Tim Cook explains:

“iPhone 6 and iPhone 6 Plus are the biggest advancements in iPhone history.”

Each of the smartphones will be built on a 64-bit “desktop-class” architecture running on an A8 chip and an M8 motion coprocessor. The phones will also have the new iOS8, the latest iPhone operating system, installed.

The A8 chip is faster and 50 percent more efficient than the previous A7 chip included in previous iPhone iterations. This chip will improve the CPU performance and allow users to run more graphics-intensive apps and games. But it will also extend the life of the phone’s battery charge. Apple says the new iPhones can handle 12 hours of LTE-connection browsing. The M8 motion coprocessor, Apple says, can measure your activity from advanced sensors, including a barometer.

Apple also says that iPhone 6 supports more LTE bands than other smartphones on the market. WiFi browsing will be up to 3-times faster on the iPhone 6, too.

As had been rumored, Apple also introduced Apple Pay with both iPhones. This feature utilizes Bluetooth, the thumbprint scanner in the phone’s Home button, and NFC technology. It allows you to make payments from your iPhone 6 using credit cards you store in Passport.

Using the fingerprint ID technology, payments can also be made from the Apple Store and iTunes using just a thumbprint. Both new iPhones will have an 8-megapixel iSight camera with 1.5µ pixels rear-mounted camera. That camera can also shoot 1080p HD video at 30 or 60 frames per second.

The FaceTime, or front-facing, camera on the new iPhones will shoot 1.2-megapixel photos at a 1280 x 960 resolution. That camera can also shoot 720p HD video.

iPhone 6 will be offered through carriers AT&T, Sprint, T-Mobile, and Verizon.

Pre-orders will be taken for the iPhone 6s starting on Sept. 12. They’ll be first available on Sept. 19, according to a MacRumors.com report.