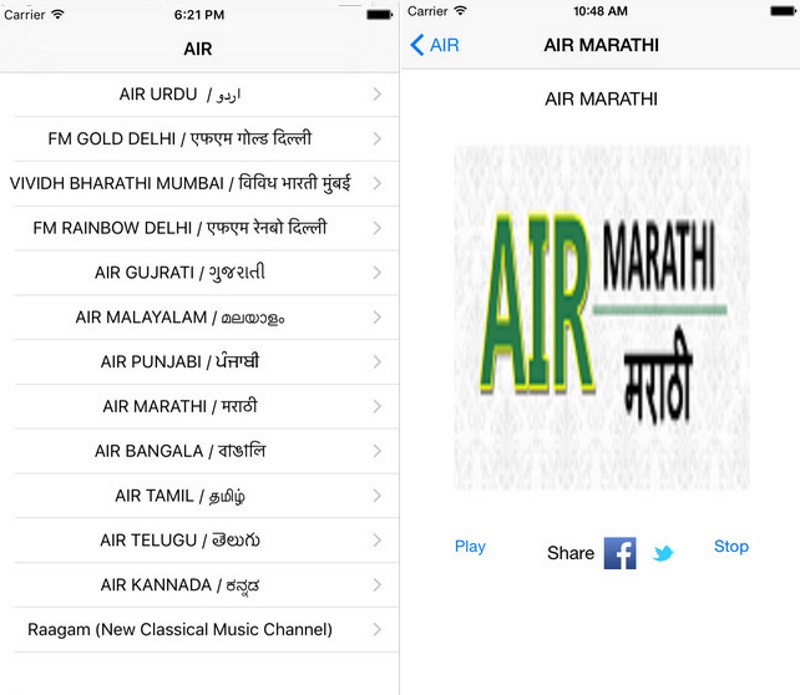 A new app-based audio channel of All India Radio (AIR) was launched on Tuesday which will dish out some of the best compositions in the classical music domain.

Named ‘Raagam’, the channel was launched by Prasar Bharati Chairman Surya Prakash and it will be uplinked from AIR Bengaluru station as it will get regular software updates from 13 other stations of the AIR from across the country.

“Raagam will have specific time bands for archival assets, senior living legends, budding and upcoming artists, auditioned and approved by AIR and will also have programmes on classical music with interpretation and elucidation by musicologists of repute,” Prasar Bharati said in a statement in New Delhi.

“Raagam is AIR’s tribute to connoisseurs of art, especially classical music has manifested itself today into a non-conventional audio broadcast channel through Internet and ‘free dish’ with easy accessibility to it by any and all who wish to satiate their soul with pristine Carnatic and Hindustani classical music irrespective of their geographical locations.” it said.

‘Raagam’ will be active round-the-clock and can be accessed from under the mobile application – All India Radio Live – available on Android, iOS, and Windows, beginning Tuesday, it said.

The online channel will create its own software bank to sustain itself in the future, the statement added.