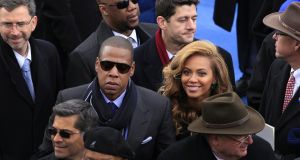 A year after buying struggling music-streaming service Tidal in a $56 million deal, the hip hop mogul is going after the previous owners for compensation. Tidal sent a letter to Schibsted ASA, a Norwegian media company, accusing the seller of overstating subscriber numbers at the time of the deal.

“It became clear after taking control of Tidal and conducting our own audit that the total number of subscribers was actually well below the 540,000 reported to us by the prior owners,” Tidal said in an e-mailed statement. “As a result, we have now served legal notice to parties involved in the sale.”

Jay Z has struggled to win over customers for Tidal, a high-fidelity streaming service he promoted with pop stars including his wife Beyonce Knowles andRihanna, touting it as artists’ response to rivals such as Spotify and Apple.

Tidal has replaced its top management several times since the acquisition, and an attempt to sell the service to Samsung collapsed, Variety reported this month.

While Tidal says it has now surpassed 3 million paying subscribers, it trails the bigger rivals and new ones are popping up. Spotify, the Stockholm-based Internet and mobile music service, has more than 30 million paying subscribers, and Apple Music has more than 11 million, senior vice President Eddy Cue said in a podcast of John Gruber’s “The Talk Show” last month.

Schibsted defended the sale process, saying the buyer conducted due diligence before it agreed to the acquisition, according to an e-mail from the company. Jay Z’s holding company, S Carter Enterprises , agreed to buy Tidal’s maker, Aspiro AB, in January 2015.

“We disagree with the accusations in the letter and any potential claims,” said Anders Rikter, a spokesman for Schibsted. “We would like to point out that the company was listed on the stock exchange with everything that entails regarding transparent financial reporting.”

Tidal’s hope to make its service succeed lies in its close relationship with artists and potential to offer exclusive content, said Richard Windsor, an analyst at Radio Free Mobile.”The key to the streaming business is scale,” Mr Windsor said in a March 30th e-mail. “Tidal is holding itself out to the market as a service that offers high quality streams but there is only a limited number of music buffs that care enough to pay the premium.”