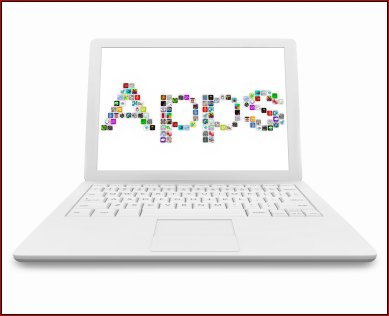 0Recently I spoke at an event and used the word “app” in my remarks.  Afterward, someone approached me and said,  “I enjoyed your talk … but, can you please explain, what is an ‘app’?”

Talk about a reality check!  It was like getting a bucket of cold water in my face.  It was a perfect reminder of a lesson I know to be true and often preach, but in this case didn’t live up to.  That lesson is:  we sometimes throw about the latest tech words that we assume others will know, because we spend much time online and dealing with technology and the words are common to us.  But the general population may still consider words such as “app” to be unintelligible lingo.

In January 2011, the American Dialect Society named “app” the word of the year for 2010.  That action alone says a lot.  Being named word of year signifies that a term is trendy and growing in popularity.  However, just because the use of a word is growing, we shouldn’t assume that everyone knows it — yet.  That’s because being named word of the year also implies that the word is newly prominent.  If the word were utterly commonplace like “dog” or “cat” it wouldn’t have been singled out.  Therefore, we should recognize that not everyone will know the word “app” at this point.

So I am going to try to explain what an app is. And it’s one of those words that sounds harder to understand than it really is.

The word app is a noun, and it’s short for “application.”  Application in this case refers to a software application — in other words, an app is a software program.

An app typically refers to software used on a smartphone or mobile device such as the Android, iPhone, BlackBerry or iPad, as in “mobile app” or “iphone app.”

But the  phrase “Web app” or “online app” is also used in a business setting as an abbreviation for “Web application” or “online application” — meaning software that you access and use while online, via a browser, instead of software residing on your computer (such as Microsoft Word).

We could get more esoteric, as this definition does, preferring to think of an app (at least in the sense of an app used on a mobile device) as being a “shortened” or narrow software application, that perhaps does just one function or that provides a small bit of entertainment.  While that definition holds some appeal when referring to mobile devices, it doesn’t really address the word “app” when used in the sense of an online software service.

For small-business purposes, we don’t need to get complicated.

For most of us, it’s sufficient to think of an app this way:  an app is a software program that you use online or on mobile devices.

Apps often have a specific narrow use, such as a “shopping app” for your smartphone. But that’s not always the case.  Some are very broad and perform a lot of tasks.  However, they all share one thing in common.  They are all a piece of software that you use.

Why An App Is Important

Now that we’ve got that figured out, the next question you’re probably asking is “why should I care about apps?”  Two good reasons:

(1) Web apps or online apps can be a faster, cheaper, more efficient way of deploying software in your business.  Rather than buying a software license, having to install it on your servers or local computers, keeping up with updates — all of which can be expensive and take time — you can simply go online and sign up for an account.  In a few minutes you are using the software.  And typically you pay a monthly fee, meaning that you don’t have to pay license fee up front.   For more on what you can do with Web applications, read:  How Small Businesses Use Web Apps – and What to Look For.

(2) Mobile apps extend the reach and productivity of your business.  Once you equip your mobile device and/or your employees’ mobile devices with apps, then you and they can perform all sorts of business functions while out of the office traveling, on sales calls, making service calls, etc.  A mobile app usually enables you to do something specific, like accessing your bank account in the case of a banking app,  or run payroll with a payroll mobile app.  Check out: 10 Ways to Use Mobile Devices to Run Your Business.

So the next time someone bandies about the term “app” you’ll be in the know.

More importantly, perhaps you’ll be in a position to say, “Oh sure, we use all sorts of apps to run our business better.”

More in: What Is