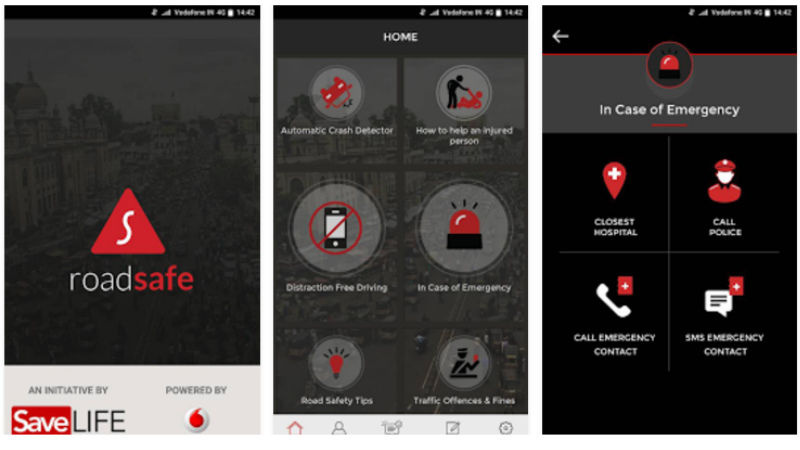 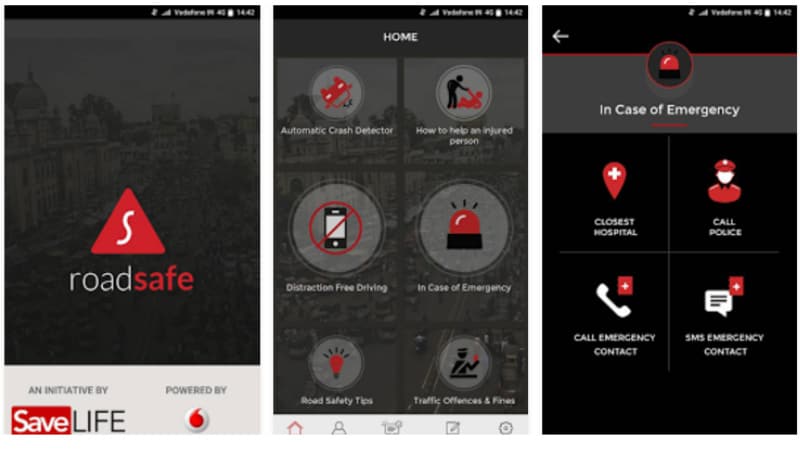 Telelcom operator Vodafone has partnered with SaveLIFE Foundation to launch the Road Safe mobile application for Android users in INdia. The app brings a lot of features focused on safety and help during driving and related emergencies. The launch comes soon after Samsung unveiled a similar app, called In-Traffic Reply.

The Vodafone-SaveLIFE Road Safe app has features like ‘Distraction Free Driving’ that will automatically disable calls, SMSes, and push notifications when vehicle speed is above 10 kmph. The Road Safe app also has Road Safety tips and information on traffic fines and offences. Another feature called ‘Automatic Crash Detector’ uses the phone’s accelerometer to detect sudden drop in vehicle speed, and provides automatic voice enabled emergency response assistance. A sudden drop in vehicle speed is usually a major sign of an accident. There’s also a one-touch dial for emergency services, and a feature that will call and SMS to saved emergency contacts.

The app is available for free to download on Google Play, and the interface is really simple to use. Once you complete the Vodafone-SaveLIFE Road Safe app registration, the Home Page has all the features mentioned. The traffic offences and fines section gives you a detailed list of fines depending on state and offence. There’s also an option to report harassment from any officer or individual as well. The Settings menu allows you to change language to Hindi; however the default language is English.

The telco has also released a study alongside reasoning why the app makes sense in today’s smartphone world. It claims that when it asked several passengers, around 96 percent of them feel unsafe when a driver uses a mobile phone while driving. 34 percent of the respondents in the study tend to apply sudden brakes when talking on the phone while driving, and 20 percent of respondents admit to having a near-miss situation or a crash due to the same. The Vodafone-SaveLIFE Road Safe app is essentially a first step of sorts to prevent distracted driving.