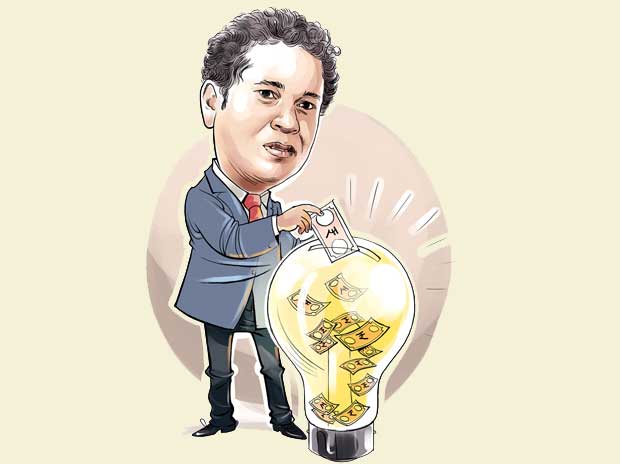 Cricket legend Sachin Tendulkar made his first investment in a technology start-up, a firm that makes smart devices, for which he will also be a brand ambassador.

Read more from our special coverage on “SACHIN TENDULKAR”

Smartron, an Internet of Things company, which builds a host of internet connected devices for consumers and enterprises has roped in a star for a percentage of stake. Founded in August 2014, the company says it will launch its products in the first quarter of the upcoming FY17. “I have always been fascinated by technology. Smartron’s founding vision for the need for a robust product ecosystem in the country to grow is very impressive. We need to support brands that are designed and engineered in India, said Tendulkar.

Founded by Mahesh Lingareddy who has another venture Soft Machines based out of the US, Smartron is part of a new wave of IoT startups — internet connected sensor laden devices that are coming out of India. While the terms of the deal have not been disclosed, Tendulkar will endorse Smartron, whose products would be sold in India.

“We are very excited and privileged to have Sachin join us in our journey. He is one of the greatest Indian stories of our times, a true global icon and brand that disrupted the game of cricket, and inspired generations,” said Lingareddy.