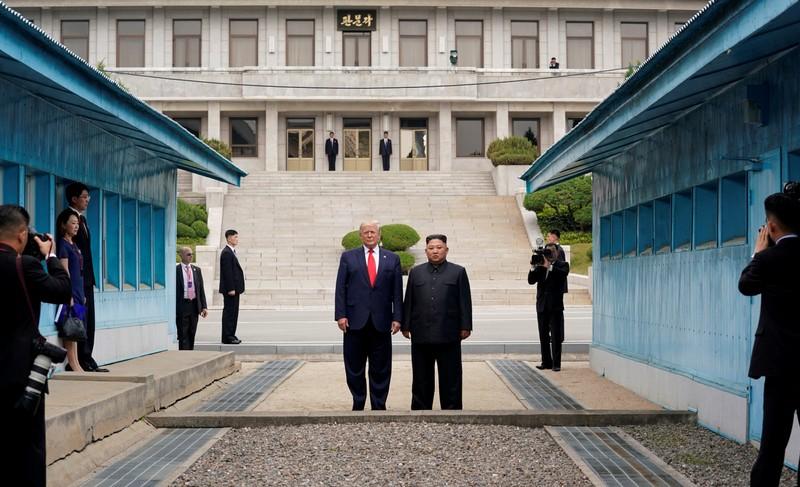 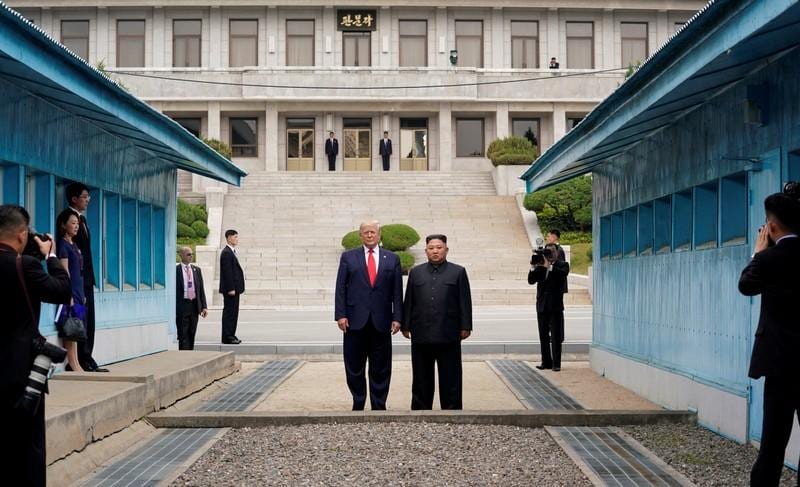 By Makini Brice and David Brunnstrom

WASHINGTON (Reuters) – U.S. Secretary of State Mike Pompeo said on Monday he hoped both North Korea and the United States could “be a little more creative” when the two sides restart talks aimed at ending Pyongyang’s nuclear weapons programme.

Speaking in a radio interview on “The Sean Hannity Show,” Pompeo did not say when the negotiations would resume. At the end of June he had said it would likely happen “sometime in July … probably in the next two or three weeks.”

Trump and Kim have met three times and held two summits over the nuclear issue. The talks in Hanoi in February collapsed without agreement, as the United States insisted North Korea completely denuclearize and North Korea pushed for relief from sanctions.

“I hope the North Koreans will come to the table with ideas that they didn’t have the first time,” Pompeo said in Monday’s radio interview. “We hope we can be a little more creative too.”

However, Pompeo added: “The president’s mission hasn’t changed: to fully and finally denuclearize North Korea in a way that we can verify. That’s the mission set for these negotiations.”

While Trump’s latest meeting with Kim demonstrated a rapport between the two, policy analysts say the two sides appear no closer to narrowing their differences. They have yet even to agree a common definition of denuclearisation, which North Korea has taken to include the U.S. nuclear umbrella protecting Japan and South Korea.

Ahead of February’s failed summit in Hanoi, U.S. officials had raised the possibility that while sanctions would remain, they might be willing to take interim steps such as boosting humanitarian aid or opening liaison offices.

But at the summit they rejected North Korea’s offer to dismantle its reactor complex at Yongbyon in exchange for wide-ranging sanctions relief, and the steps Washington has so far offered have fallen far short of North Korean expectations.

Pompeo’s latest remarks come after Chinese President Xi Jinping urged Trump to show flexibility in dealing with Pyongyang and to ease sanctions on the country “in due course.”

China, North Korea’s neighbour and main ally, signed up for U.N. sanctions after the North Koreans performed repeated nuclear and missile tests, but has suggested they could be reduced in return for denuclearisation steps.

South Korean officials have expressed uncertainty that the talks between the United States and North Korea can take place this month.

On Sunday, South Korea’s Yonhap news agency quoted unnamed diplomatic sources as saying that the United States had proposed to North Korea that working-level talks be held this week and was awaiting a response.

North Korea has frozen missile and nuclear bomb testing since 2017, but U.S. officials believe Pyongyang has continued to expand its arsenal by producing bomb fuel and missiles.

The State Department said last week it would hope to see a complete freeze in the North Korean nuclear programme as the start of a process of denuclearisation.

(Reporting by Makini Brice and David Brunnstrom in Washington; Editing by Peter Cooney and Leslie Adler)

This story has not been edited by Firstpost staff and is generated by auto-feed.