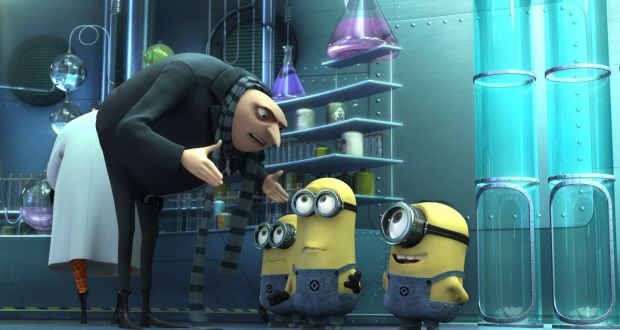 Google’s penchant for April Fool jokes backfired on Friday after it was forced to pull a light-hearted feature within its Gmail service because it was causing “more headaches than laughs”.

Google’s penchant for April Fool jokes backfired on Friday after it was forced to pull a light-hearted feature within its Gmail service because it was causing “more headaches than laughs”.

For one day only, the company had introduced a “drop the mic” option within the email service used by millions worldwide. It allowed users to click a button to include a GIF animation of a minion — the yellow cartoon characters that are adorably cute or annoyingly ubiquitous, depending on your perspective — tossing away a microphone.

The cartoon was intended to provide people with the ultimate email sign off, with the well-known gesture of streetwise superiority proving a pithy end to all discussions.

Unfortunately for Google, the punchline did not land as expected. The “mic drop” option was placed next to the standard send button for emails, leading people to accidentally send the animation to friends, family and colleagues.

Gmail users vented their displeasure in social media and other online forums, pointing out that the mistake could lead to unintended consequences.

One person writing on Gmail’s online help pages wrote: “This mic drop is perhaps the most stupid thing you could possibly come up with. I have been interviewing with this company for 3 months now and mistakenly sent the email directly to guess who? The HR! Why would you do that? I so want this job; was due to start on Monday!”

Following the backlash, Google pulled the option after just a few hours.

In a statement on Friday morning, the company said: “Well, it looks like we pranked ourselves this year. Due to a bug, the MicDrop feature inadvertently caused more headaches than laughs. We’re truly sorry. The feature has been turned off. If you are still seeing it, please reload your Gmail page.”

Google insisted that the feature only appeared on consumer Gmail accounts, and did not appear within its “enterprise” offering used by thousands of businesses.

The company is known for its enthusiasm for April fools pranks. Other jokes it unveiled on Friday included news of a self driving bike; SnoopaVision, a “cutting edge 360 experience” to watch YouTube videos “sitting right next to Snoop Dogg [the hip hop artist]”; and the option to do “emoji searches” within photos.