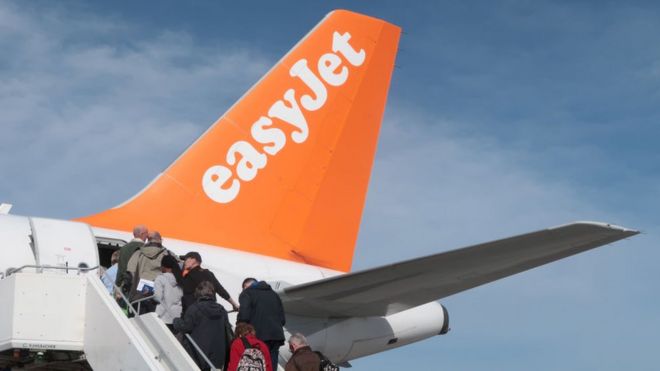 Two Easyjet passengers were removed from an overbooked flight and not offered compensation a day after a United Airlines passenger was dragged off a plane in the US.

The British couple were due to fly from Luton Airport to Catania in Sicily on Monday last week.

After boarding the aircraft they were asked to leave by staff because the plane had been overbooked.

Easyjet has apologised and blamed human error for the situation.

The two passengers, who had booked non-refundable accommodation in Italy, were told that the next available Easyjet flight was four days later.

The airline failed to tell them they were entitled to a flight the same day with another airline, or to compensation as stipulated under EU rules. 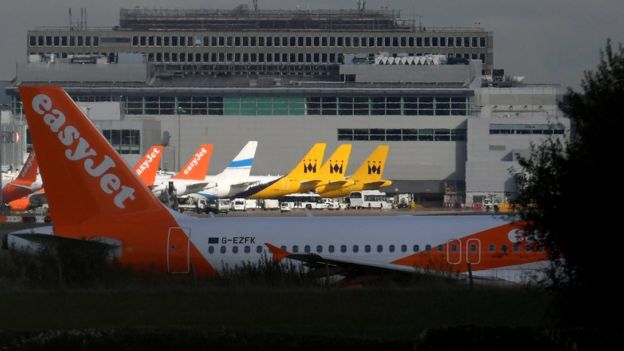 Easyjet admits that this incident involved two distinct cases of human error. The final two passengers should not have been issued boarding passes at the bag-drop area in Luton airport. Their tickets had not been properly scanned and so the system thought there were enough seats on the plane.

The second human error was not telling their freshly deplaned and doubtless livid customers that they were entitled to compensation or indeed a free flight with a rival airline to their final destination.

This incident might never have been reported but for the United debacle, which will surely became a textbook example for aspiring public relations types of how not to do it.

The couple, who had planned a six-day break, then decided to cancel the trip.

Easyjet said the passengers should not have been cleared to board and that its staff had not provided the correct information.

It said it was “genuinely sorry” for what had happened and would be providing additional training for staff.

“Whilst [the passengers] were emailed a link to the web page for EU261 compensation applications and the website clearly outlines our policies, we accept that our agents could have pointed this out more explicitly,” Easyjet said.

“The circumstances were very unusual and resulted from a manual error at the gate.”

The airline said that any customers who had been in a similar situation and felt their case had not been handled appropriately should contact Easyjet.

A spokesperson for the Civil Aviation Authority said the rights of passengers denied boarding, including overbooking, were protected under European law.

“Passengers are entitled to a minimum level of compensation, and must be offered an alternative flight, or ‘re-route’, at the earliest opportunity or at a date that suits you, or offered a full refund, if the passenger no longer wants to fly.”

The incident followed the forcible removal of a passenger last Sunday from a United Airlines flight that had also been overbooked.

The situation escalated when a response from the airline’s chief executive, Oscar Munoz, failed to mention any use of excessive force.

Mr Munoz has since said he felt “shame and embarrassment” about the incident and vowed it would never happen again.

The airline also promised to change its policy on giving staff last-minute seats on full flights.