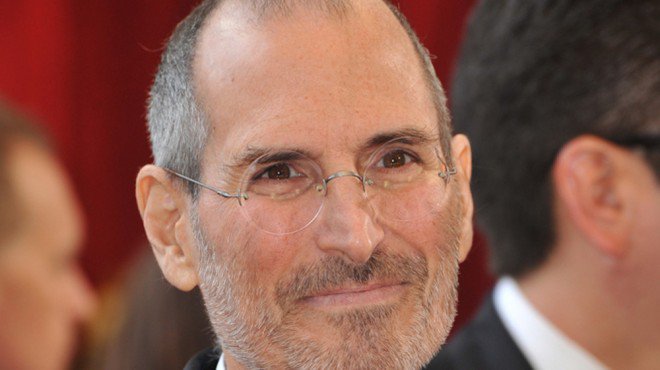 Don’t Have Money? 17 Entrepreneurs Who Bootstrapped Their Startup from Nothing Entrepreneurs Who Bootstrapped Include …

The story of Steve Jobs and Steve Wozniak starting Apple Computer in a garage is well-known. The pair had recently withdrawn from their respective colleges and began developing consumer computer devices in Jobs’ parents garage in California. After developing a couple different models, the pair knew they would need more financing. So Jobs had to find a co-signer to get a bank loan for $250,000.

Bob Evans started out with a 12-stool diner and a small farm where he produced his own sausage, since he couldn’t seem to find satisfactory sausage elsewhere. Only as demand, and thus profits, grew did he branch out the business to include multiple sausage plants and restaurants.

The founder of Dell Computers started the company in 1984 while still attending the University of Texas at Austin. He worked to build the company out of his off-campus dorm, and eventually dropped out to focus on building the company full time. His first investment was $1,000 – from his family.

These two entrepreneurs founded Hewlett-Packard in a one-car garage in Palo Alto, California. They started the company during a fellowship they had with a professor they had worked with at Stanford University. Their original capital investment was $538. The founder of Nasty Gal started out by scouring the racks at second-hand stores and selling her vintage finds on eBay. She used the money from her sales to eventually move her inventory into a warehouse and hire a few staff members. She used MySpace and other social media platforms to attract customers. And she eventually raised millions in investment in 2012, more than six years after founding the company.

Bill Gates and his business partner Paul Allen started their company Microsoft in 1975 not with a huge software roll out. The two started with a simple idea, to create a basic interpreter program for the Altair 8800 Microcomputer. Even though the program they designed worked  only on a simulator of the Altair, executives at MITS, the company that made the computer, were impressed. And the rest, as they say, is history.

Craigslist wasn’t originally meant to be a huge online business. Founder Craig Newmark was new to the San Francisco Bay Area and wanted a way to connect with people for local events. He started the site that is now essentially the classified page for the Internet as an email distribution list to friends. And then Craigslist grew as word of mouth took off.

The founders of John Paul Mitchell Systems started the hair care company from humble beginnings. DeJoria was actually living in his car around the time the company was founded. And though they originally thought they had the support of a backer, they ended up doing it on their own.

We may think of eBay as a huge multinational corporation, but it didn’t start that way. The founder of eBay originally started the popular auction site, then called AuctionWeb, as a side hobby. Only when his Internet service provider told him he would have to upgrade his account due to a high volume of traffic to his website did he start charging for people to use the site. Before founding FUBU and starting his numerous other entrepreneurial ventures, Daymond John sold hats that he sewed himself in front of the New York Coliseum for $10 each. When he realized the potential of his idea, John and his mother mortgaged their house for $100,000 in startup capital. In addition, he kept his full-time job at Red Lobster to maintain a steady income while working on creating FUBU between his regular shifts.

The founder of Patagonia, the outdoor clothing and gear designer, got his start as a rock climber. As he got more into the hobby, he taught himself how to blacksmith so that he could make his own pitons. As word spread, Chouniard began selling the pitons for $1.50. Then he set up a small shop in his parents’ backyard in Burbank, California.

John Pemberton was wounded in the American Civil War, which eventually led him to develop the idea for Coca-Cola. Pemberton owned a drug store in Georgia. There he developed his French Wine Coca nerve tonic, which was meant to be a substitute for morphine, the drug he had originally take to treat pain from his war injuries. He later changed the recipe to a non-alcoholic version after his county passed prohibition legislation. This non-alcoholic version is what eventually became Coca-Cola.

This duo founded Wayfair, originally called CSN Stores, out of Conine’s home in Boston. They had previously run two other companies, but started Wayfair with just one website that sold media stands and storage furniture.

This entrepreneur founded the popular dating site PlentyofFish as a one-man operation out of his apartment. The company, which makes money through online ads, grew to bring in millions before Frind even hired a team, much less brought in any large investment rounds.

Burt’s Bees started with some extra beeswax from co-founder Shavitz’s honey business. The duo created products from that beeswax and started their company with just $200 they made at a junior high school craft fair. Within a year, they had made more than $20,000.

The founder of Gawker actually used money from the sale of another startup to fund the early days of the media company. He also ran the business out of his home for years before eventually renting out a storefront in 2008.

Before the Van Heusen line of clothing ever officially launched, Moses and Endel Phillips were sewing shirts by hand and selling them to coal miners in Pennsylvania from push carts. Through the years, the couple grew the company from its humble beginnings to a larger NYC-based shirt company. And through a few mergers and changes, the company eventually became Phillips-Van Heusen.

The founder of GitHub, the popular hosting service for software development projects, actually turned down a six-figure salary from Microsoft in order to work on GitHub. He bootstrapped the company for about five years before accepting a large investment round.