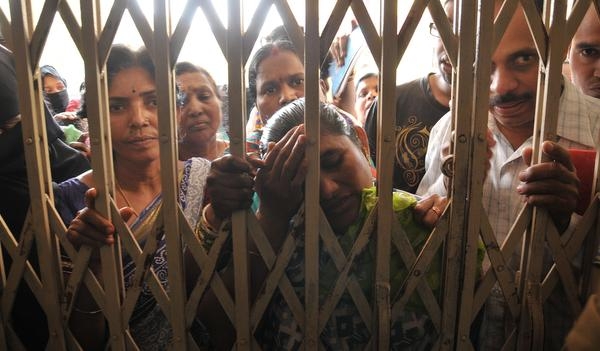 ON the evening of November 8, 2016, Prime Minister Narendra Modi went on all media channels to announce that his government had decided to demonetise 500-rupee and 1,000-rupee currency notes “to break the grip of corruption and black money”, and announced that the “five-hundred and thousand-rupee notes hoarded by anti-national and anti-social elements will become just worthless pieces of paper”. It is not that demonetisation as a monetary measure is not resorted to by other countries. In fact, the Economic Survey 2015-16 does refer to over 20 countries resorting to demonetisation with different purposes and different rationales, with varying results. But the manner in which Prime Minister Modi made the announcement brought a certain sensationalism to this measure of the government. “Demonetisation” is a financial or monetary measure, and normally involves the central bank or the Finance Ministry. But in this case, neither the RBI Governor nor the Finance Minister came to announce it, raising serious doubts whether they were involved at all in the decision-making. The Prime Minister took it upon himself to personally announce the decision for almost 40 minutes in Hindi, and another 40 minutes in English. The speech did not stop with the policy decision and soliciting the people’s support for it but went on to list over 20 points of procedural detail which would normally be part of any government notification. But the choice of such a method of announcement was obviously a well-designed strategy to make people believe the priority that the Prime Minister was according to wiping out the past evils. As many behavioural psychologists or even behavioural economists would know, the less one knows about the reality behind the numbers or the procedures, the more awe and respect people would develop for them and for those using them. Such political strategies are increasingly in evidence across the world. There was no sign of any financial or economic crisis. On the contrary, the Prime Minister began his speech by describing how, when he took over, there was a feeling that “I” in the BRICS was shaky, and how, under the new government, India became strong and emerged as an economy with the highest GDP growth. True, the magnitude of the measure of withdrawing almost 86 per cent of currency in circulation was an extraordinary measure that needed convincing the people. But more than that, much of the speech was devoted to whipping up people’s anger against corruption and black money, and building on people’s imagined notion of black money stashed in cash that could be wiped out. There was an emphasis that whatever “pain” people were likely to face would be short-lived, and wiped out by the gains of unearthing black money and wiping out corruption.