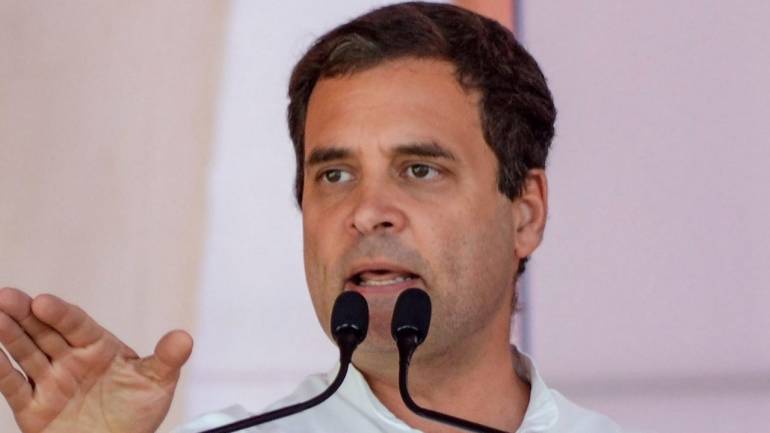 At his first rally in Bihar after taking over as party president, Gandhi accused the Nitish Kumar government in the state of making “empty promises” like Modi.

He promised that if the Congress is voted to power in the Lok Sabha polls a number of steps would be taken to deal with farm distress and unemployment.

Raising the slogan of “chowkidaar chor hai” (the watchman is the thief) — an allusion to Modi, Gandhi accused the NDA government at the Centre of committing irregularities in the Rafale deal.

He alleged that policies of the Modi government, including crop insurance, were “aimed at taking away hard-earned money of farmers to fill up the pockets of big businessmen”.

In contrast, he said, his party’s governments in Rajasthan, Madhya Pradesh and Chhattisgarh waived farm loans within a few days of coming to power.