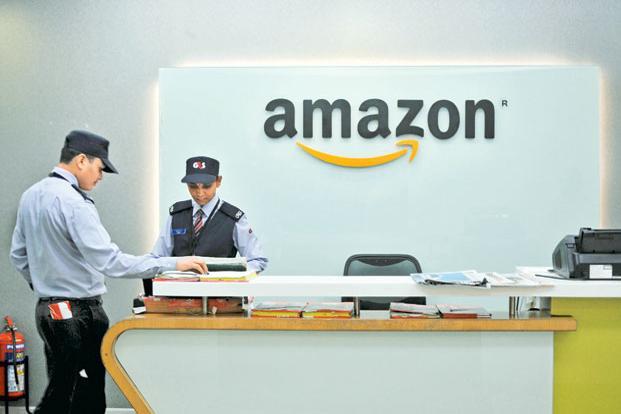 The latest infusion, which came in December, is the single largest tranche of funds received by Amazon Seller Services Pvt. Ltd, the Indian unit of Amazon, since 2014, according to documents filed with the Registrar of Companies. Photo: Reuters

Bengaluru: Amazon.com Inc., the world’s largest online retailer, has infused an additional Rs.1,696 crore into its Indian unit, arming it with more ammunition in its battle with local rivals Flipkart and Snapdeal to become the country’s largest e-commerce firm.

The latest infusion, which came in December, is the single largest tranche of funds received by Amazon Seller Services Pvt. Ltd, the Indian unit of Amazon, since 2014, according to documents filed with the Registrar of Companies.

In comparison, rivals Flipkart Ltd and Snapdeal (Jasper Infotech Pvt. Ltd) have raised $2.1 billion and $1.3 billion, respectively, from investors in that period.

Since launching in India in June 2013, Amazon has applied its mantra of low product prices, wide product selection, and fast and reliable delivery to gain popularity with shoppers.

Among e-commerce companies, Amazon spent the most on advertising and marketing its brand last year. It’s also investing hundreds of crores of rupees on building its supply chain network.

The logistics footprint of Amazon India grew three times to more than 2,100 cities and towns in 2015 and the company added eight warehouses last year, increasing its count to 21. It has the most warehouses and largest storage space among e-commerce firms in India, ahead of Flipkart, which has 17.

In the June quarter, Amazon’s sales—net of discounts, product returns and taxes—surged more than 300% compared with the year-ago period, Mint reported on 15 August. Then, in the September quarter, the company witnessed a 500% year-on-year growth in volume and the number of active customers jumped 230% over the year-ago period, Amazon said.

These numbers are far higher than those reported by Flipkart and Snadpeal. While these two companies are still significantly bigger than Amazon, the US-based online retailer is catching up rapidly.

“We are very pleased with the growth momentum we are witnessing in India. At the end of Q3 2015 (July-September), we saw an approximate 500% year-on-year growth in volume, and in Q4 2015 (October-December) we sold more than we did in all of 2014. We are committed to investing aggressively with a long-term horizon and transform the way India buys and sells,” an Amazon India spokesperson said in an emailed response to queries from Mint.

India is of importance to Amazon, especially given its failure to conquer China, which is dominated by Alibaba (Alibaba Group Holding Ltd). Alibaba is also strengthening its footprint in India by investing in Snapdeal and Paytm (One97 Communications Pvt. Ltd).

India’s e-commerce market is likely to grow to $100 billion by April 2020, according to a Goldman Sachs report in October.

“Amazon has been saying that India is going to be their biggest market opportunity outside the US,” said Arvind Singhal, chairman and managing director of Technopak, a retail consultancy. “This is because, in China, they are way behind Alibaba. In India, Amazon has not only been putting money in advertising and discounting, but also investing a lot on building a physical infrastructure, including fulfilment centres, which will give them a competitive advantage over everybody else.”

Amazon’s rivals are not sitting idle.

Earlier this month, Flipkart named co-founder Binny Bansal as its new CEO, replacing Sachin Bansal, in a move that it claimed would strengthen its management bandwidth as it seeks to combat Amazon India and kick off preparations for an expected initial public offering over the next few years.

Snapdeal, on the other hand, has strengthened its senior management team and even entered the logistics business by buying a large stake in specialty logistics firm GoJavas to improve its speed of order deliveries.

The three-way battle for dominance of the e-commerce market may intensify.

“If Amazon infuses a lot of capital, it means Flipkart will have to remain on its toes. When a company becomes large, it tends to become more confident, thinking that they have clear market leadership,” said Abhishek Goyal, co-founder of Tracxn, a start-up tracker. “But if somebody like Amazon is inching close, it will prompt all local businesses to fight very hard and that will bring the best out of everybody.”

He added, “The bad part is if you get into the mad rush of giving discounts instead of focusing on customer satisfaction, you can never have enough money to fund discounts.”